The Ukrainian ambassador to the U.S. on Sunday warned that Russia's hostility toward Ukraine is not limited to any particular conflict between the two countries, but is part of a larger mission against democracy itself.

Amb. Oksana Markarova appeared on CBS’ "Face the Nation" to discuss Russia’s massing of an estimated 100,000 troops near the border with Ukraine and the rising fears that Moscow is planning an invasion.

"If Ukraine will be further attacked by Russia, of course they will not stop after Ukraine," Markarova said. "That’s why it’s in the interest of Europe and all the democratic world to help us to defend ourselves but also to show that the international rule of law still works."

Markarova called Russia the "aggressor" in a war against democracy that she said began for Ukraine eight years ago with the illegal occupation of Crimea.

"It’s an attack on democracy and I believe nobody is safe if Ukraine will be attacked," she said. 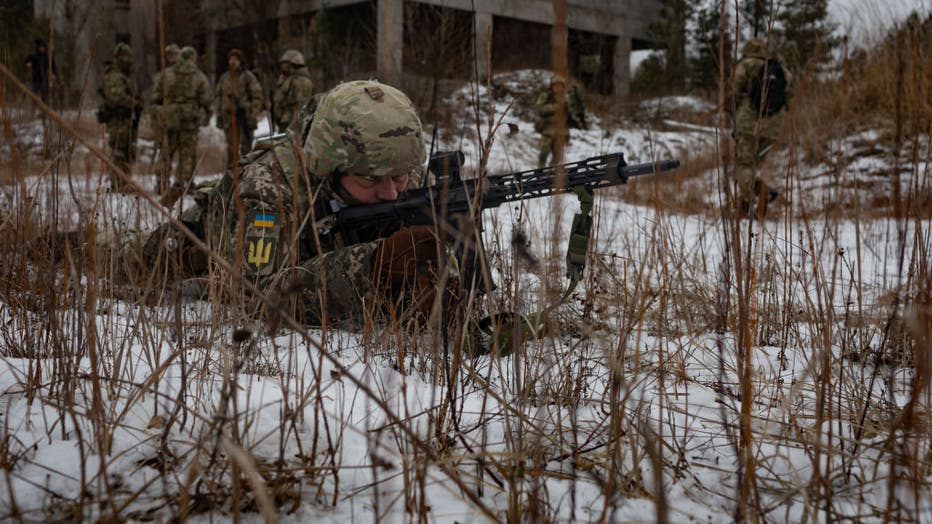 The ambassador said Ukraine has been defending itself for the last eight years, fighting for democracy and its future in Europe.

While Ukraine has been seeking NATO membership for years, Russia has long resented NATO's granting of membership to countries that were once part of the Soviet Union or were in its sphere of influence as members of the Warsaw Pact.

Russia has demanded that NATO promise never to allow Ukraine to join the alliance, and to stop the deployment of NATO weapons near Russian borders and roll back its forces from Eastern Europe.

Markarova downplayed questions about friction between the U.S. and Ukraine over when to introduce sanctions against Russia and reaffirmed that the U.S. is its "strategic friend."

While Markarova said Ukraine believes the basis for sanctions is there now, the U.S. and European Union countries have said that a Russian invasion would trigger heavy sanctions.

The White House says President Biden spoke with Ukraine's leader to reaffirm that the U.S. and its allies are ready to "respond decisively" if Russia further invades Ukraine. Officials in the former Soviet republic are now getting Cold War-era bomb shelters in case of attacks from the air. FOX's Benjamin Hall has the latest.

As warnings from the West of a possible Russian invasion increase, the U.S. last week placed 8,500 troops on heightened preparedness for deployment should that occur.

Meanwhile, Russian President Vladimir Putin has made no public remarks about the Western response.