A teenager in Canada faces charges for allegedly driving 308 kilometers per hour over the weekend.

The Ontario Provincial Police had just pulled over the teenage driver believed to have been traveling 308 kilometers per hour on Queen Elizabeth Way.

In a video posted to the highway safety division’s Twitter page, Schmidt said this was the fastest speed he’s ever heard of.

For reference, an American football field is 100 yards long. A car traveling that speed would cover 93.3 yards of it in a single second.

When Schmidt saw what the arresting officer’s radar gun recorded, he thought it was a joke. Schmidt said he thought the officer had pointed his radar at a nearby plane taking off.

Police charged the 18-year-old suspect, identified as Noah Lauricella, with stunt driving and dangerous driving. Authorities said a 19-year-old rode in the passenger seat alongside him.

The car, a Mercedes Benz investigators said belonged to the teen’s father, is being impounded for seven days in accordance with standard roadside sanctions. 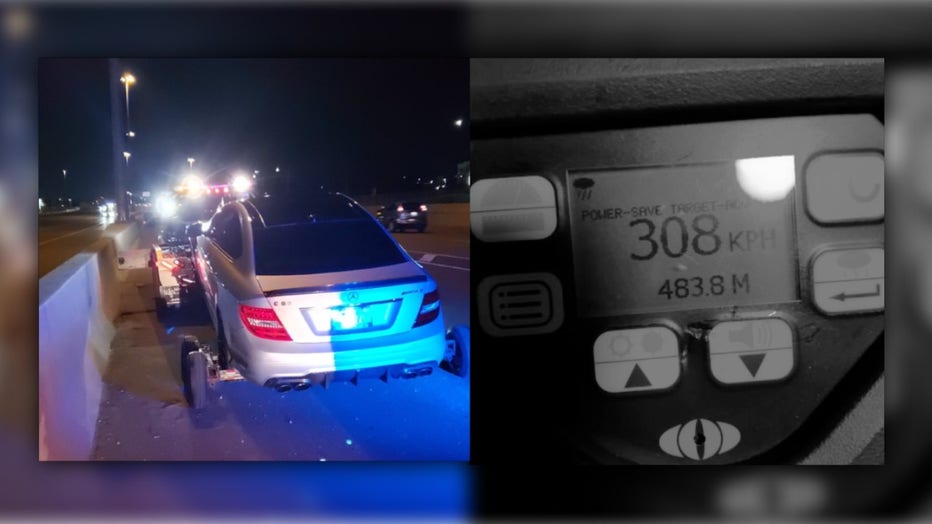 The suspect’s license is also subject to a seven-day suspension. But Premier Doug Ford said he supports seeing it suspended for 30 days.

“Especially in that young gentleman, should even be longer than 30 days of suspension someone going 200 kilometres over the speed limit. That’s staggering. Absolutely staggering,” Ford told CTV News.

Schmidt said stunt driving penalties can include a $10,000 fine, six months in prison and the loss of a license for two years upon conviction.

Since dangerous driving is a criminal offense in Canada, it carries a maximum penalty of 10 years in prison, Schmidt explained.