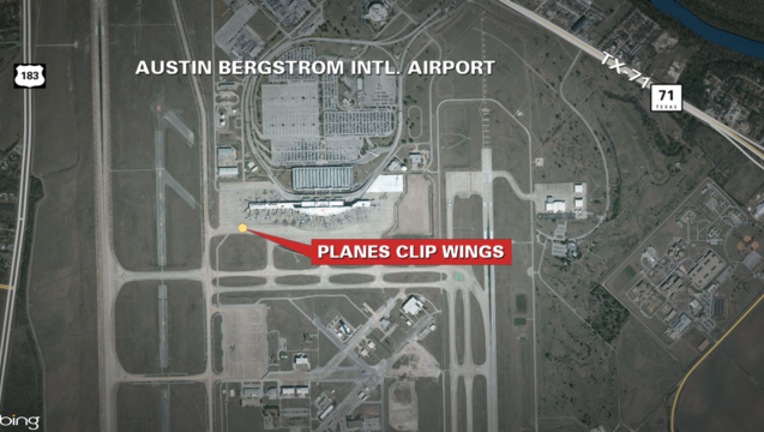 No injuries have been reported by passengers in either of the aircrafts.

According to ABIA, all the passengers are still in their seats on both planes, which are stuck on the tarmac. No one is allowed to leave the aircrafts until the FAA has giving the all clear.