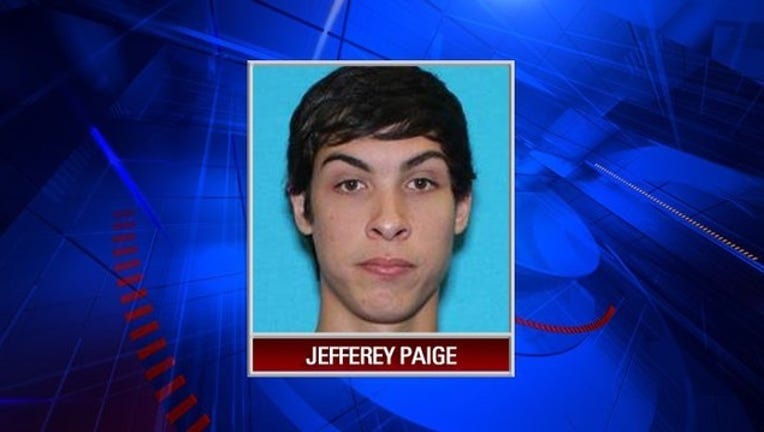 AUSTIN, Texas - *Update* 24-year-old Jefferey Phillip Paige, a Texas 10 Most Wanted Sex Offender, is now in custody after being captured on May 9 in Austin. Paige was wanted for failure to register as a sex offender and probation violation.

Based on tip information, DPS Criminal Investigations Division coordinated with Austin Police Department to locate and arrest Paige at an apartment complex. Since the arrest was the result of tip information, a reward of up to $5,000 will be paid.

The Texas Department of Safety has added 24-year-old Jefferey Phillip Paige to the Texas 10 Most Wanted Sex Offenders list and a cash reward up to $5,000 is now being offered for information leading to his capture. Paige, a violent sex offender, is wanted for failure to register as a sex offender and probation violation.

Paige has ties to the Granbury, Dallas, Fort Worth and San Antonio areas, and he has been known to work in the restaurant industry. His criminal history includes aggravated sexual assault of a child and burglary of a vehicle.

Paige is 6 feet tall and weighs approximately 150 pounds. For more information or updates in the event of his arrest, see his wanted bulletin here.

Remember all tips are guaranteed to be anonymous. To see other Most Wanted lists and to get information about how you can submit tips, go here.