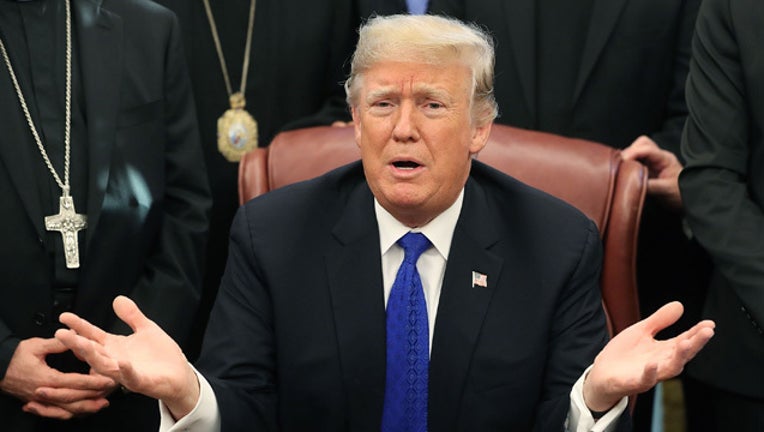 U.S. President Donald Trump speaks after signing H.R. 390, the 'Iraq and Syria Genocide Relief and Accountability Act of 2018' in the Oval Office at the White House on December 11, 2018 in Washington, DC. (Photo by Mark Wilson/Getty Images)

A divided, three-judge panel of the 9th U.S. Circuit Court of Appeals said Thursday states were likely to succeed on their claim that the changes to President Barack Obama's health care law were proposed without required notice and public comment.

The panel upheld a preliminary injunction against the rules. An email to the Justice Department seeking comment was not immediately returned.

Obama's health care law required most companies to cover birth control at no additional cost. The new policy would allow more categories of employers to opt out of providing free contraception to women by claiming religious objections.

California and other states sued to block the changes.