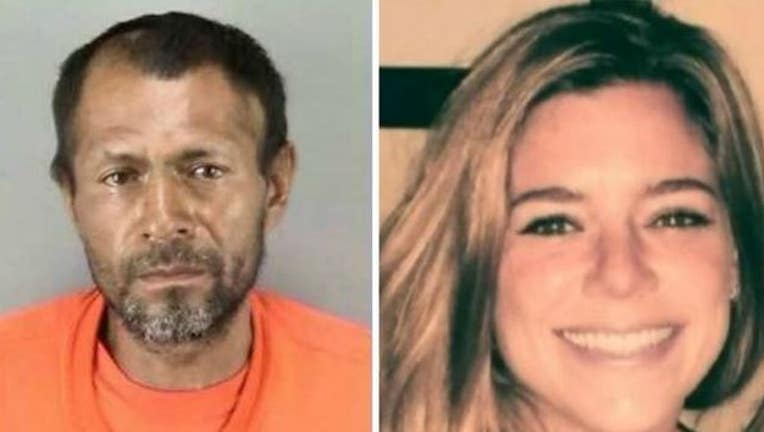 SAN FRANCISCO - A federal judge in San Francisco is mulling the competency to stand trial of a Mexican man who shot and killed 32-year-old Kate Steinle, a shooting that figured prominently in President Donald Trump's run for the White House four years ago.

The case against Jose Ines Garcia Zarate on federal gun charges has been pending since U.S. District Court Judge Vince Chhabria raised “serious concerns” about his mental capacities back in January.

“I’m tired of waiting here,” Garcia Zarate told the court Friday through a Spanish interpreter, adding that he wanted to be sentenced to prison or deported back to Mexico.

Two doctors have diagnosed Garcia Zarate with schizophrenia and found him unfit to stand trial because he cannot follow the court proceedings. They said he believes electronics are broadcasting messages to him and other inmates and that he believes his attorney is accepting bribes from the police.

Garcia Zarate has also said he wants to plead guilty. The judge told him he would not be allowed to do so on Friday.

Garcia Zarate has been in detention since the July 1, 2015, shooting on a crowded San Francisco pier, setting off a political firestorm over immigration and crime.

A San Francisco Superior Court jury acquitted him of various charges including murder in late 2017. An appeals court later overturned the only conviction prosecutors obtained against him, that of being a felon in possession of a firearm.

His defense attorneys in the state case argued he picked up the gun not knowing what it was and fired it accidentally.