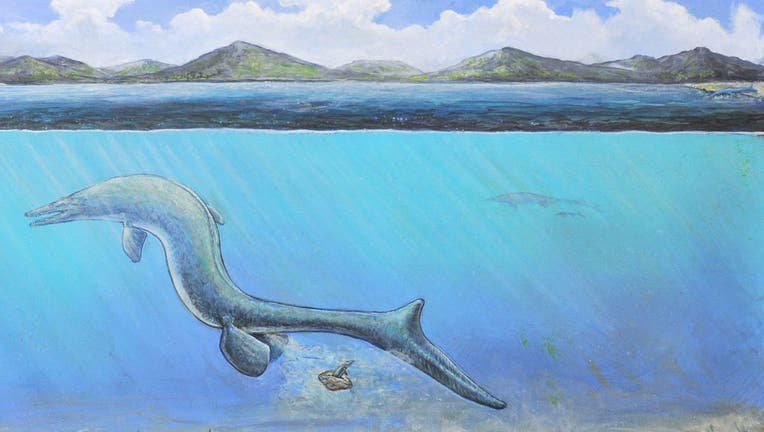 An artist’s interpretation of a baby mosasaur emerging from an egg. John Maisano/Jackson School of Geosciences.

AUSTIN, Texas - A mysterious fossil found in Antarctica in 2011 has finally been identified, thanks to research at the University of Texas Austin.

Chilean scientists originally found the "deflated football" fossil almost a decade ago and it has since been sitting unlabeled and unstudied in the collections of Chuil'es National Museum of Natural History. 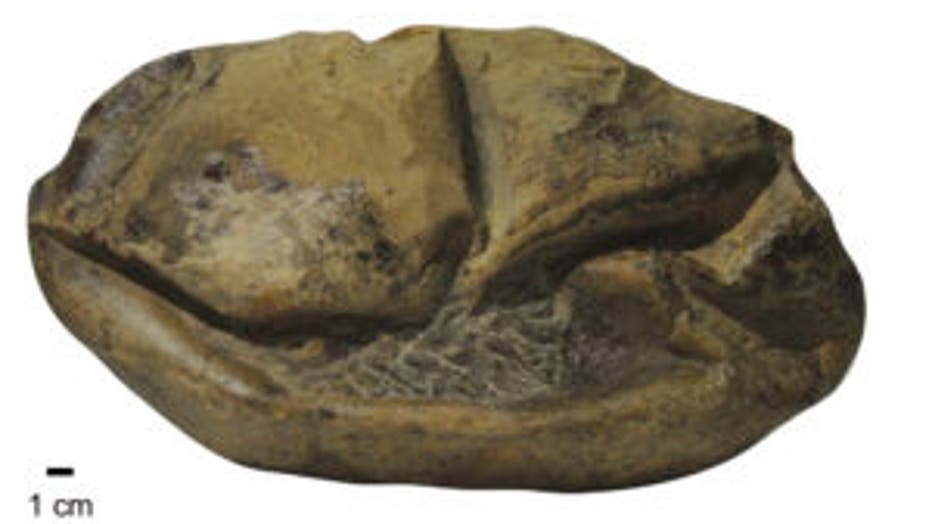 Now, an analysis led by researchers at UT Austin has found the fossil is actually a giant, soft-shell egg from approximately 66 million years ago! Scientists also believe the egg was laid by an extinct, giant marine reptile, a discovery UT researcher says challenges the prevailing thought that such creatures did not lay eggs.

“It is from an animal the size of a large dinosaur, but it is completely unlike a dinosaur egg,” said lead author Lucas Legendre, a postdoctoral researcher at UT Austin’s Jackson School of Geosciences. “It is most similar to the eggs of lizards and snakes, but it is from a truly giant relative of these animals.”

The fossil itself measures in at more than 11 by seven inches and is the largest soft-shell egg ever discovered as well as the second-largest egg of any known animal. 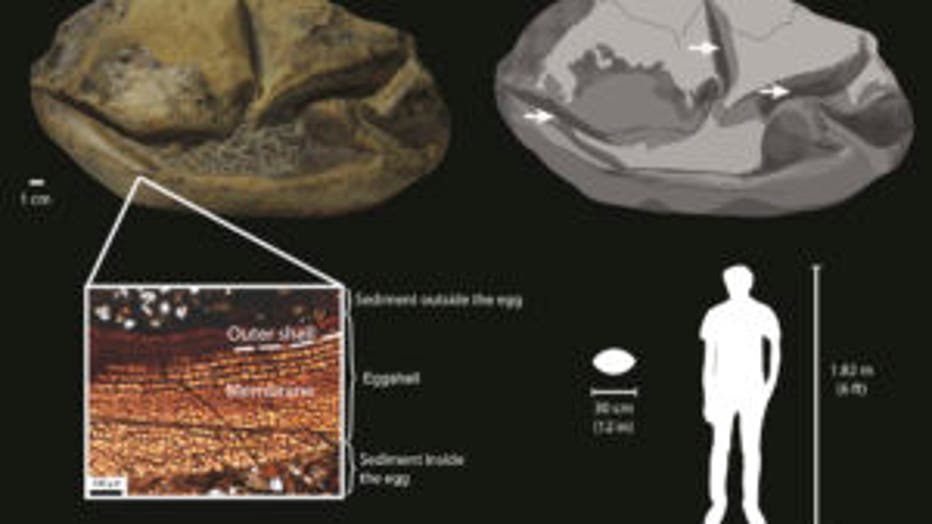 A diagram showing the fossil egg, its parts and size relative to an adult human.The giant egg has a soft shell. This is shown in dark gray in the drawing, with arrows pointing to its folds and surrounding sediment shown as light gray. Credit: Legendr

UT Austin says that Legendre used a suite of microscopes to study samples and found several layers of membrane that confirmed the fossil was indeed an egg. "The structure is very similar to transparent, quick-hatching, eggs laid by some snakes and lizards today," said Legendre.

Because the fossil egg was hatched and contained no skeleton, Legendre had to use other means to verify what type of reptile had legged the egg.

"He compiled a data set to compare the body size of 259 living reptiles to the size of their eggs, and he found that the reptile that laid the egg would have been more than 20 feet long from the tip of its snout to the end of its body, not counting a tail. In both size and living reptile relations, an ancient marine reptile fits the bill," the university stated.

You can read more about the unique discovery on UT Austin's website.