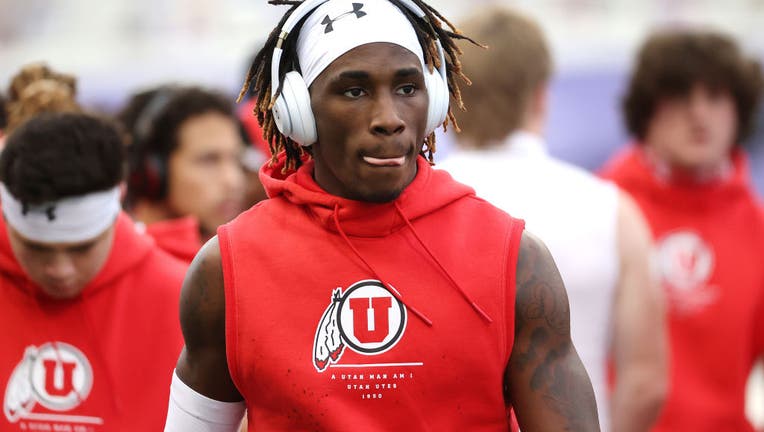 SEATTLE, WASHINGTON - NOVEMBER 28: Aaron Lowe #2 of the Utah Utes looks on before their game against the Washington Huskies at Husky Stadium on November 28, 2020 in Seattle, Washington. (Photo by Abbie Parr/Getty Images)

Salt Lake City police said the 21-year-old Lowe was killed just after midnight, a few hours after the Utes beat Washington State 24-13. A second victim in the shooting, a woman, is in critical condition and police are searching for a suspect.

"We are devastated to hear about the passing of Aaron Lowe," Utah coach Kyle Whittingham said in a statement. "Our thoughts and prayers are with Aaron’s family and friends, along with the other individual who was harmed in this tragic incident. Aaron was a great teammate, friend, brother and son and was loved by anyone who crossed paths with him. He will be deeply missed."

Lowe was a high school teammate of Jordan’s in Mesquite, Texas, and switched his jersey from No. 2 to 22 to honor his friend after the 19-year-old died of a gunshot wound to the abdomen on Christmas night 2020.

Last month, Lowe was named the first recipient of the Ty Jordan Memorial Scholarship, voted on by the team.

"Ty made everyone around him better," Lowe said after receiving the honor in August. "He made me better. My friendship with Ty means a lot because he was always pushing me to be my best. He never let me settle for less. I want to make sure his legacy lives on through me."

The Utes credited Lowe for persuading Jordan to play at Utah after decommitting from the school. Jordan was named the Pac-12 freshman of the year and led all freshmen nationally in rushing yards per game before he was killed.

Lowe appeared in 16 combined games on special teams his first two seasons and played in all four games this season.

"We are devastated by the loss of Aaron Lowe earlier this morning," Utah athletic director Mark Harland said in a statement. "Aaron was a terrific young man, a leader on our football team, and a rock of resiliency and courage. Our prayers are with Aaron’s family, friends, teammates and all who knew and loved him. We also express our deepest concern for the other individual who has been hospitalized as a result of this tragic incident."