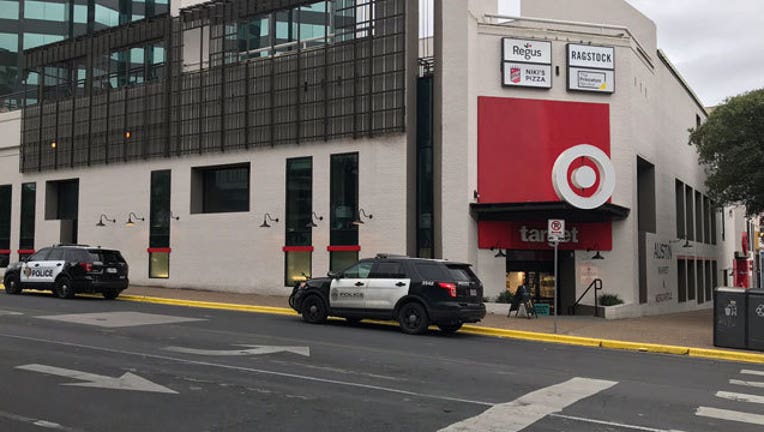 AUSTIN, Texas (FOX 7 Austin) - The University of Texas Police Department says an armed robbery suspect is custody after the man robbed the Target located at 2025 Guadalupe Street just before 8 a.m.

Police were had been searching for the man described as follows:

Police and Target say that the man pulled out a knife and was reportedly trying to steal a soft drink.

No one was hurt and the suspect fled the scene without the drink.

UTPD tweeted out just before 9 a.m. that the suspect was in custody.