The Texas Tribune reports that Harrell told staff he intends to retire after three decades with the district as a teacher, principal, assistant superintendent, deputy superintendent and superintendent, the position he has held since November 2018.

According to the school board's agenda, trustees will be considering retirement options for Harrell and a transition plan during its regular board meeting Monday Oct. 10. The discussion will be in closed session and will include a consultation with the district's attorney in accordance with Texas government code.

"This will be our first discussion and there are no defined timelines set at this point," Harrell’s memo says according to the Tribune. "UCISD has the most resilient and dedicated staff and I know you will continue to support and love our kids until and after my retirement date." 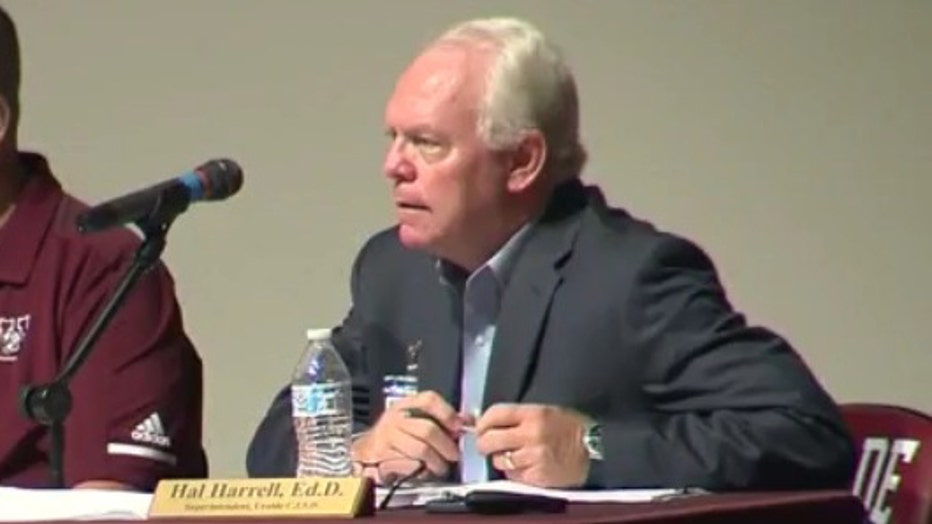 The memo was reportedly sent just hours after the district suspended its police department and placed two employees on administrative leave: acting district police chief Lt. Miguel Hernandez and director of student services Ken Mueller, who "has elected to retire," according to the district. Officers currently employed by the district will be filling other roles with the district during the suspension.

Two investigations are underway concerning the UCISD police department: a management and organizational review by the Texas Police Chiefs Association and an investigation into the UCISD police response to the May 24 shooting that killed 19 students and two teachers at Robb Elementary School.

The Texas Tribune and the Associated Press contributed to this report.