Students and staff in Uvalde return to school Tuesday for the first time since the massacre at Robb Elementary. Some parents are questioning if changes made to safety are enough.

UVALDE, Texas - Uvalde CISD students returned to the classroom on Tuesday for the first time since 19 students and 2 teachers were killed in the mass shooting at Robb Elementary School.

At Uvalde Elementary School state troopers stood guard as teachers hugged students and directed them inside.

Parents said returning their kids to school made them uneasy.

"I was just scared, scared that I won't get her back. But we went through drills all summer," said Celeste Ibarra, a mother of two elementary school students. One of her children was in Robb Elementary during the shooting.

"I noticed she got dressed really slow, trying to drag it out so she didn't have to go," said Ibarra. "I know what she was thinking. She's scared. I know she's scared."

The start of the school year was pushed back to give schools extra time to install new safety equipment and implement new safety procedures.

On the district's website, a new tracker is in place for parents to check the progress of the new safety upgrades.

Dalton and Uvalde Elementary have new eight-foot high, non-climb fences surrounding the schools. Similar fences have already been ordered for several other schools in the district. 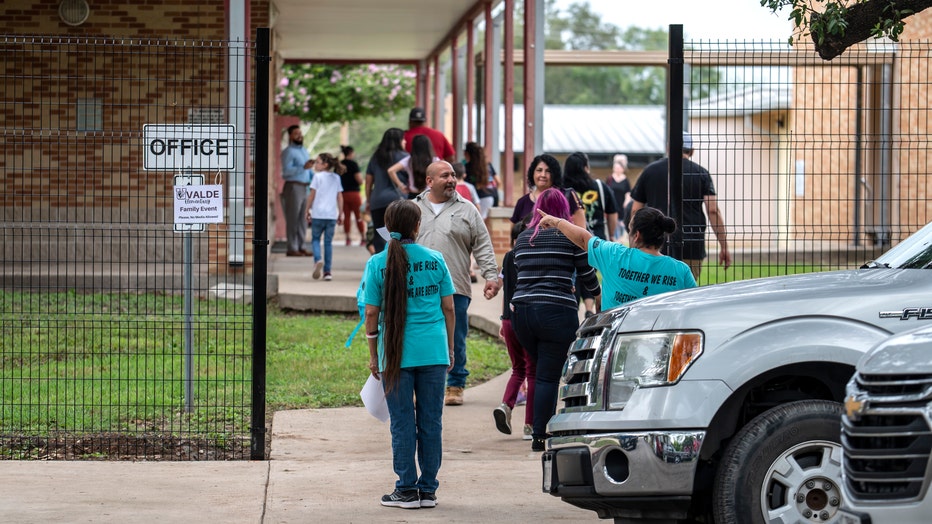 UVALDE, TX-AUG 30: Families arrive at Uvalde Elementary School to visit the new campus and meet faculty members on Monday, Aug. 30, 2022 in Uvalde, TX. Jalissa, 9, was in the cafeteria of Robb Elementary when a shooter came into the school and opened

Video camera systems with additional cameras will also be installed on all campuses.

And every school in the district has received upgraded Wi-Fi and communication. A report on the shooting found issues with radio reception inside the school and limited communication between officers on the scene.

Last month, Gov. Greg Abbott announced that more than 30 Department of Public Safety troopers will patrol Uvalde CISD campuses from 6:45 a.m. and 6:45 p.m. on the first day back.

While DPS won't share what their troopers' training will include, Uvalde CISD emailed parents to say that none of the 33 troopers stationed at the schools this year were at Robb Elementary on the day of the shooting.

Mental health professionals who specialize in trauma and grief will be available to meet students at all campuses, and all district staff members received training on how to support students impacted by trauma.

The school district also brought in support dogs to help students and teachers for about 3 weeks.

Uvalde CISD superintendent Hal Harrell said the district is dedicating the school year to the 19 students and 2 teachers killed in the shooting on May 24.

"I encourage everyone in our school district and our community to use their inspiration to motivate you to do your very best," said Dr. Harrell. 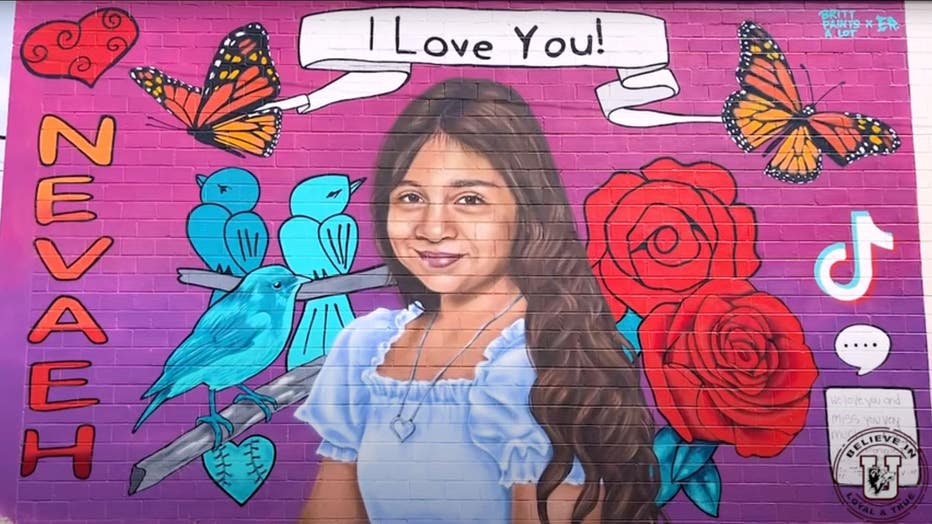 Mural for Navaeh Bravo, a 10-year-old student killed in the shooting at Robb Elementary on May 24, 2022. (Source: Uvalde CISD)

RELATED: Texas school shooting: What we know about the victims in Uvalde

The roughly 550 students who attended Robb Elementary will be relocated to two other schools.

Robb Elementary School will not be used as a campus so "students and staff will not have to return to the building at the site of the tragedy," according to the district.

Uvalde CISD said it plans to tear down the building and build a new one. Texas grocery store chain H-E-B donated $10 million to the effort.