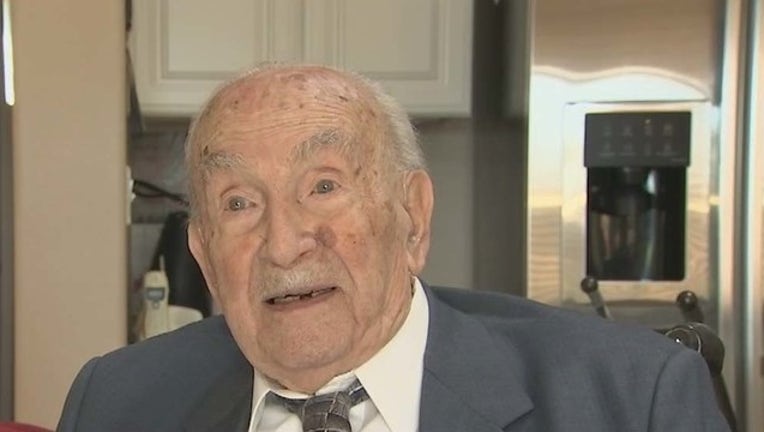 SCOTTSDALE, Ariz. (KSAZ) - Sixty-three years, 63 Christmases and 63 birthdays spent together for the Fiollis.

The Phoenix centenarian first saw his wife, Anna, on a street corner in a little town in Italy.

"I think this girl is a beautiful girl and honest girl and I wish to get married," he said.

Six-hundred people attended their wedding in the tiny Italian town, but Mario and his wife would eventually open the door to their new home in...

"This America," he said.

Where the couple would raise their family. Anna isn't sure what the key to Mario's longevity is.

"I don't know the secret," she said. "He's healthy, he drinks wine, he drinks liquor, his body is different."

But her pasta could unlock a clue.

"I do pasta every day, every day I cook pasta for him," she said.

As he reaches 106, Mario will be sharing that meal with his family and sharing his birthday with Christmas Day.

"I'm born on Christmas like Jesus," he said. "Everybody in my country respects me like Jesus (laughs)," he said.

Over a half century of Anna's pasta may not be the key to Mario's longevity, but it's likely the key to his heart.