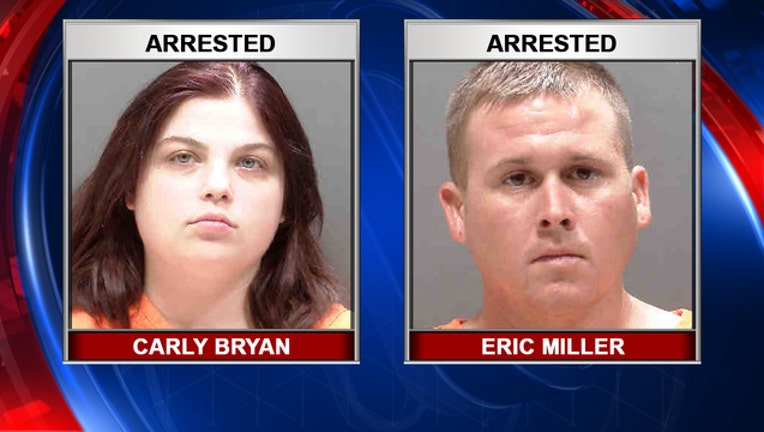 VENICE, Fla. (FOX 13) - A couple in Venice have been charged with child neglect after doctors at a hospital treated a baby with severe injuries.

The Sarasota County Sheriff's Office said the 2-month-old infant was taken to All Children's Hospital after bruising was discovered during a routine medical check-up.

Doctors at the hospital said the baby had a broken leg, bruised arm and brain trauma, and determined the injuries were likely the result of physical abuse.

St. Petersburg police contacted detectives at the sheriff's office, who interviewed 24-year-old Carly Bryan and 26-year-old Eric Miller. Neither one could explain how the baby's injuries occured.

The infant was removed from the home while the sheriff's office investigates.

Bryan and Miller were both charged with child neglect, and are being held at the Sarasota County Jail on $25,000 bond.