New York City hosted its annual Veterans Day Parade after a hiatus last year due to the pandemic.

NEW YORK - The New York City Veterans Day Parade, the largest celebration of America's armed forces, returned along Fifth Avenue after the pandemic forced the cancelation of the celebration with spectators last year.

Elite Air Force pararescue veteran Kevin Carrick served as the parade's grand marshal. Carrick is a retired senior master sergeant who served for over two decades as an elite pararescueman with the 106th Rescue Wing based in Westhampton, Long Island. 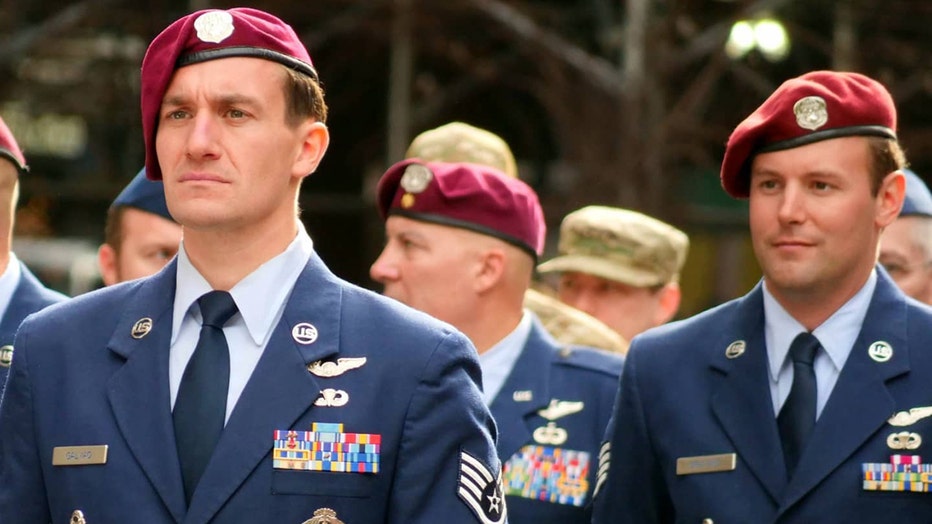 Carrick was among the elite but little-known specialists dedicated to saving lives. Pararescuemen respond to combat zones overseas and to disaster areas at home and abroad, including the first search-and-rescue military response at Ground Zero and support during the COVID pandemic.

"Kevin represents the very best of the spirit of service that drives men and women in every branch of the military," said the United War Veterans Council. 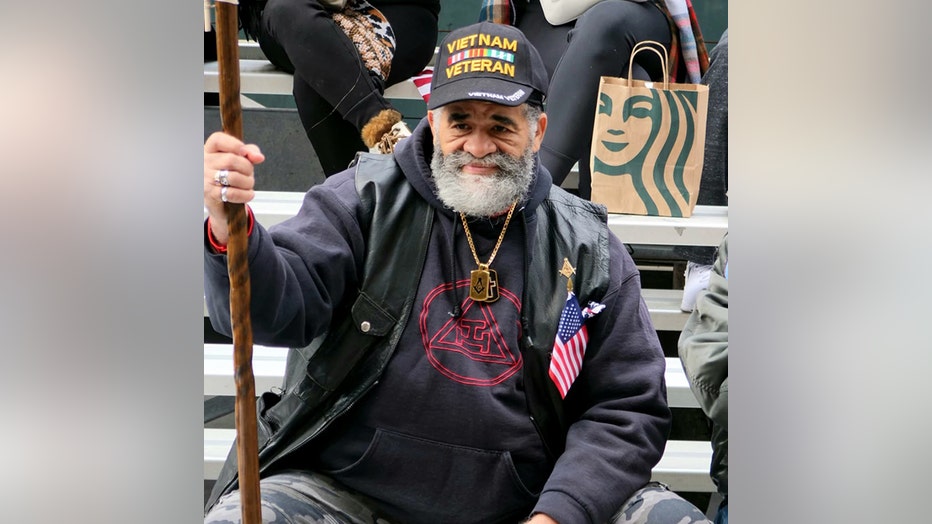 A veteran watches the parade from bleachers along 5th Avenue in Manhattan, Nov. 11, 2021. (FOX 5 NY Photo by Andre Greller)

"It is a day to remember and to honor, but it should be the first day of what then becomes 365 days of honoring veterans through real actions," Mayor Bill de Blasio said at a ceremony before the parade. "If anywhere in this city, if anywhere in this country there is a homeless veteran, then we are not finished. We all have more to do. If anywhere there is a veteran suffering from a mental health challenge who is not getting the help he or she needs, we are not finished." 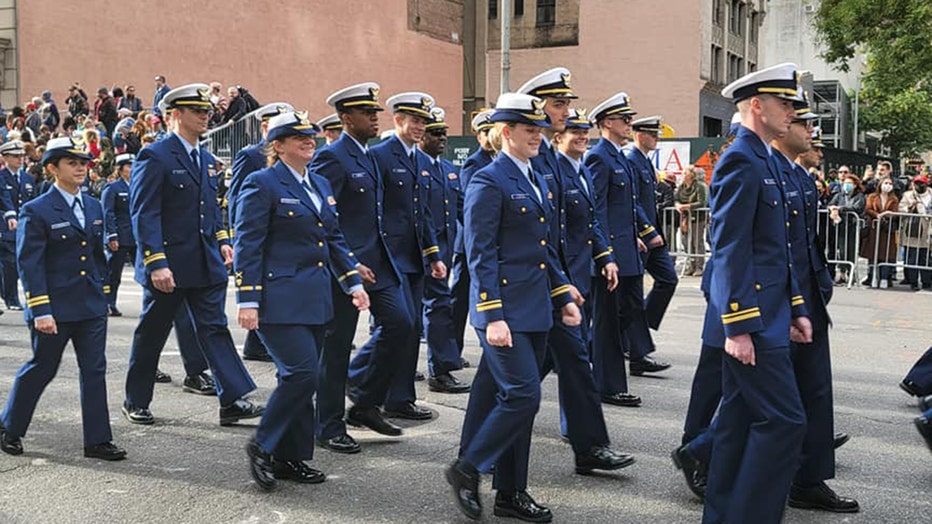 The parade proceeded up its traditional route on Fifth Avenue from 28th Street to 45th Street. 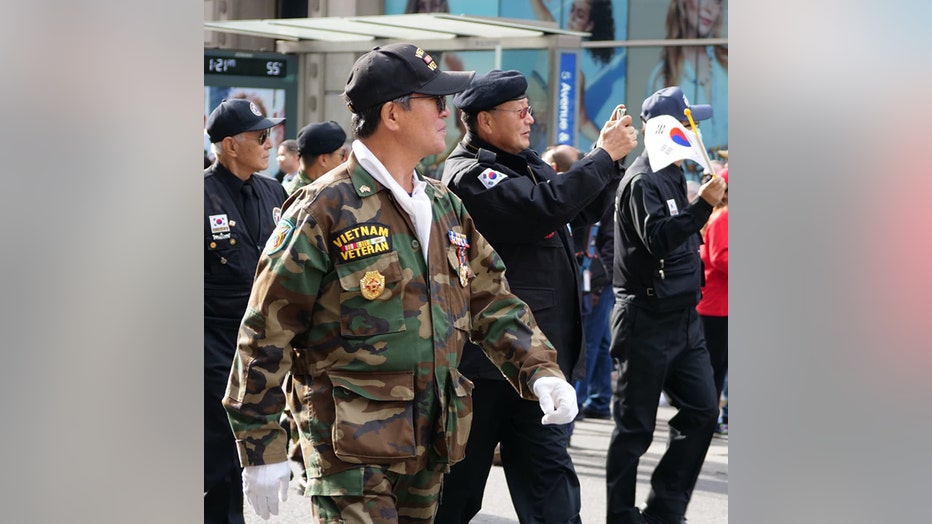 "We look forward to returning in person to mark the 20th anniversary of 9/11 and the War on Terror, and the 30th anniversary of Operation Desert Storm," UWVC President and Executive Director Mark Otto said ahead of the parade. "These milestones represent critical moments in our nation’s history when brave men and women made great sacrifices to defend our country.  We know that New Yorkers are eager to show their support for all of our veterans, and to welcome the Parade back to Fifth Avenue!" 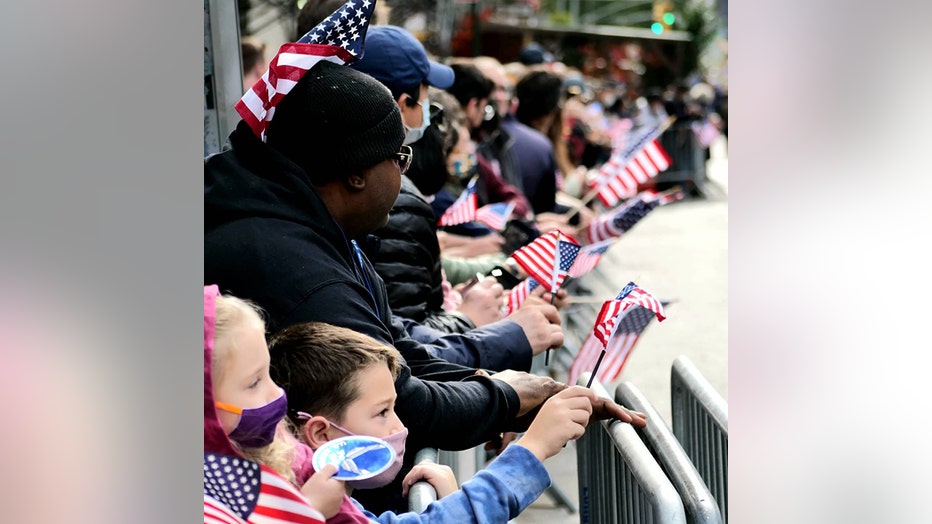 The largest Veterans Day celebration in the nation steps off along Fifth Avenue in Manhattan at Noon.