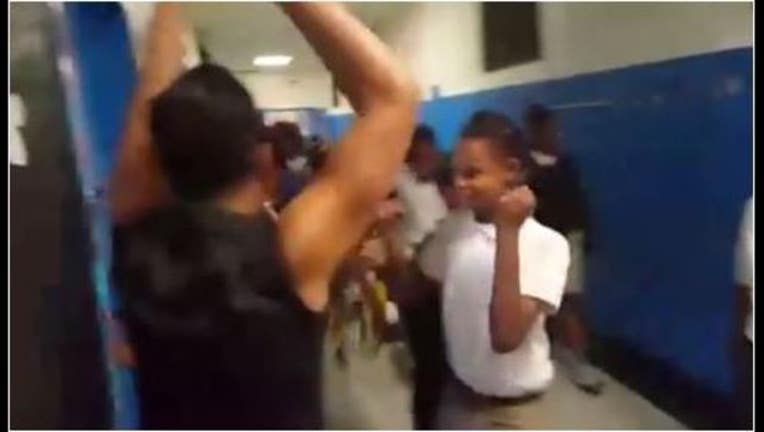 PRENTISS, MS (FOX 13) - Students at an elementary school in Mississippi are getting really, really excited about math and you can see it on their faces in a video that's going viral.

Every day toward the end of the day, at 2:15 precisely, the kids in every grade and class from Kindergarten through 6th grades compete against each other in "Fact Dash," in the hallways. "Every grade is responsible for a different math skill," said Principal Carrie Walker, a first-year principal at J.E. Johnson Elementary in Prentiss, MS.

There are three classes per grade, and each class goes head to head against the other classes in their grade to determine the winner each day. "Every single day, every day, the building is really loud," said Mrs. Walker.

There's a DJ at the party, played by Walker's husband, who is an alumni of the school, and sometimes ice cream.

In a recent video posted on the school's Facebook page, you can see the unbridled jubilance of the 6th graders as they compete and win. "That class was so very excited, they were getting ready to beat the class that made it to the Blast Party last month," Walker said.

What's not shown in the video, though, is the continued excitement for the daily competitions before and after school, outside of Fact Dash. Kids drill each other in the school cafeteria, parents say their kids are asking for flash cards, Walker said.

Fact Dash is something Walker brought to this school this year from her previous schools and says she has seen a boost in test scores are a result.

It's too early to tell what effect this has on test scores so far at her new school, since it's Walker's first year, but she's already seeing a difference in the kids. "When you ask any of the math teachers, the kids are doing so much better when it comes to those basic facts, because they want to win that game," said Walker.

Walker says she can't believe how much attention her video has gotten since it has posted on Friday. "It's been great," she said.