California police returned a missing dog to her owner on April 28, three days after she was stolen out of her front yard in southern Sacramento, officials said.

Police in Sacramento, California, captured emotional footage of a dog and its owner reuniting after being separated for three days.

Officers were investigating a dog that was stolen from her owner’s front yard in southern Sacramento.

Fortunately, after just three days, officers were able to retrieve Rubi Rose and return her to her owner.

Video captured on April 28 shows an officer walking Rubi Rose out of the station and outside where her owner was waiting with open arms. The excited pup wiggled and wagged her tail with excitement as they embraced. 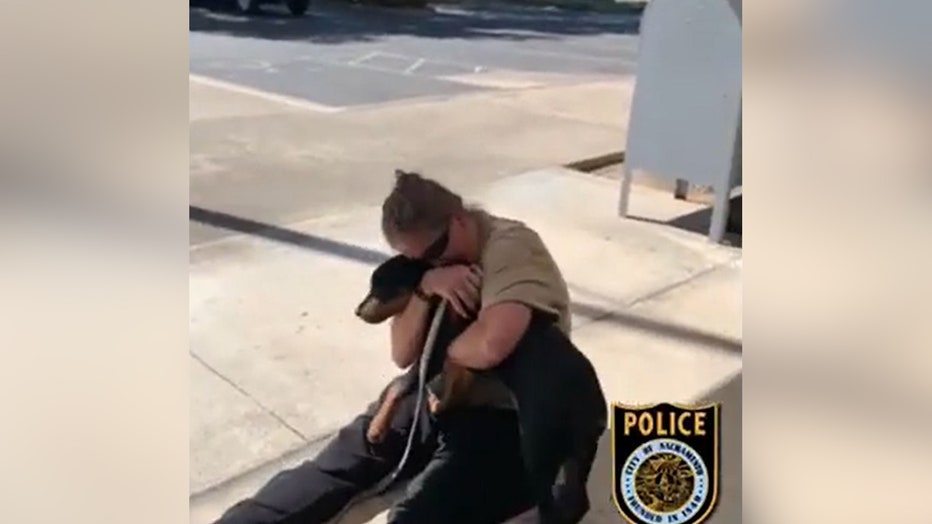 "SPD Detective Loriaux was on the case and began investigating," the department wrote in a caption. "Today Detectives Loriaux and Rodarte located the suspect’s car with the suspect and Rubi Rose inside."

Police said the suspect was taken into custody for theft-related charges.