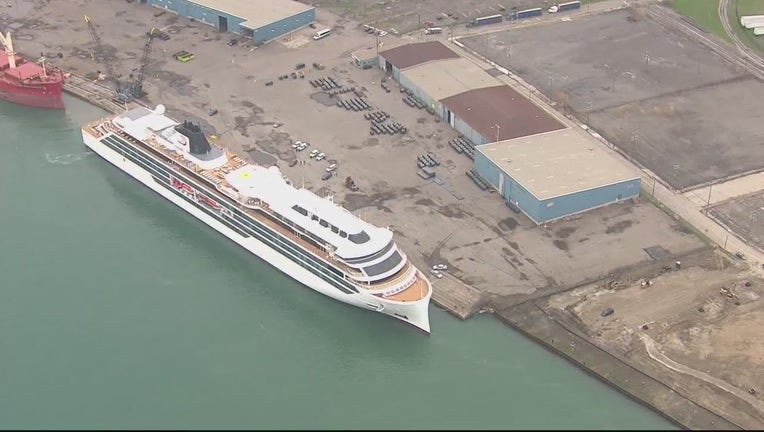 As Michigan continues leveraging its unique water systems as a source of unique recreation only offered in and around the state, cruise line companies are investing more in Great Lakes tourism.

The latest addition to the region's cruise ship industry is a liner that can host 378 guests and has 189 rooms. The Octantis is currently docked at the Nicholson Terminal in Detroit near the Ambassador Bridge.

Its Tuesday docking won't last for long as the ship plans to depart today around 2 p.m. for Alpena then Mackinac Island, before concluding its first voyage in Milwaukee, Wisconsin.

Known for its European voyages and Viking explorations, the company has expanded into the U.S. with three different expeditions, all lasting eight days: from Toronto to Milwaukee, Thunder Bay, Ontario, to Milwaukee, and one from Milwaukee to Thunder Bay.

While none of those routes include a Michigan port at the beginning or end, they will all require circumnavigating around the state, offering plenty to watch and see along the state's coastline. The cruises will also traverse many of the iconic water bodies surrounding the state.