The mother of a young man who was shot in Pioneer Square this month is asking for the public's help in catching his killer.

SEATTLE - The mother of a young man who was shot in Seattle's Pioneer Square neighborhood this month is asking for the public's help in catching his killer.

Leo Fotu, 22, was killed after leaving a club near S Washington and 2nd Ave South. The shooting happening just days before he was scheduled to start his service with the Marine Corps.

His mom, Denise Frost, said Leo Fotu was from San Francisco and was visiting relatives in Seattle when the shooting happened.

"He didn’t deserve to be shot," said Frost. "It just feels like a dream. Every day that I wake up, I think I’m going to see my son, and it just hits me that he’s gone."

After she got the tragic news, she traveled to Seattle from San Francisco to try to figure out what happened, taking a picture of the spot where she said he had fallen after being gunned down.

"He was murdered, you know, and it’s just so hard to not know what is going on," she said. 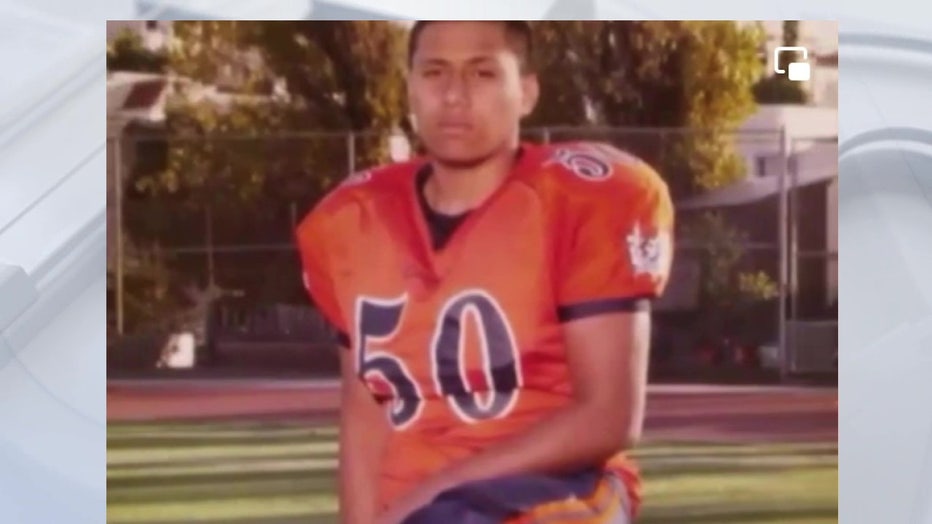 Denise said Leo went to Seattle to visit his cousins for one last weekend before he set out for Marine Corps training on April 14.

"He was going to go to boot camp. So, that’s the reason why he went to Seattle, because he wanted to see his cousins," she said.

Denise said Leo had gone to the club with her niece. She said when the group went outside, a man reportedly confronted Leo and at some point, pulled a gun.

"I just want people who were there to come forward and tell their story about what happened," said Frost. "If they have seen who shot my son, that information could help a lot. I just want justice for Leo."

Denise said Leo has a sister and three brothers. He'd recently taken a road trip to Los Angeles with some of his siblings.

"They really treasure those last moments," said Denise. "He was just a good vibe to be around, and a lot of people loved that about him. He had a big, beautiful smile."

Denise said Leo had hoped to serve in the military alongside his younger brother, Fasi, who was also trying to enlist.

Leo is just the latest victim gun violence that includes more than 173 reported shootings and shots fired so far in Seattle in 2022, according to the city's online dashboard on crime. That is nearly a 90% jump over the same time last year.

Denise is worried about his case getting lost in an ongoing stack of cases, and is making a plea to the public and detectives to catch his killer.

"I just want justice for him, you know, he was a really good kid," said Frost.

If you have any information or video from that night to help identify a suspect, please submit an anonymous tip to Crime Stoppers of Puget Sound through the P3 Tips App on your cell phone or at 1-800-222-TIPS (8477).  It is anonymous and there is a $1,000 cash reward offered for information that leads to an arrest in the case.