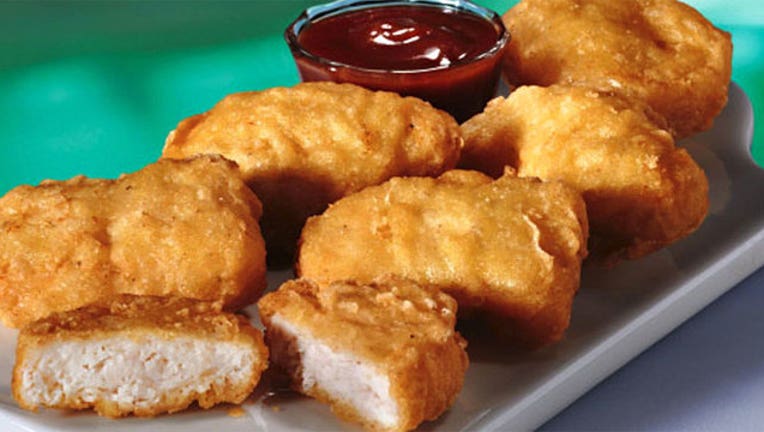 WACO, Texas - Police in Central Texas say a woman fell into a foul mood when a fast-food restaurant took too long in delivering her chicken nuggets and she called 911 to complain.

Waco police Sgt. W. Patrick Swanton said Monday the woman wanted the nuggets given to her for free because of the delay.

Swanton says the woman was parked in the drive-thru lane at McDonald's refusing to budge and being confrontational with employees, as vehicles lined up behind her.

A restaurant employee called 911 on Friday night to have police move the woman along and officers were responding when the woman also made her call to 911 to complain.

The unidentified woman was given her money back and told to leave, without her nuggets.