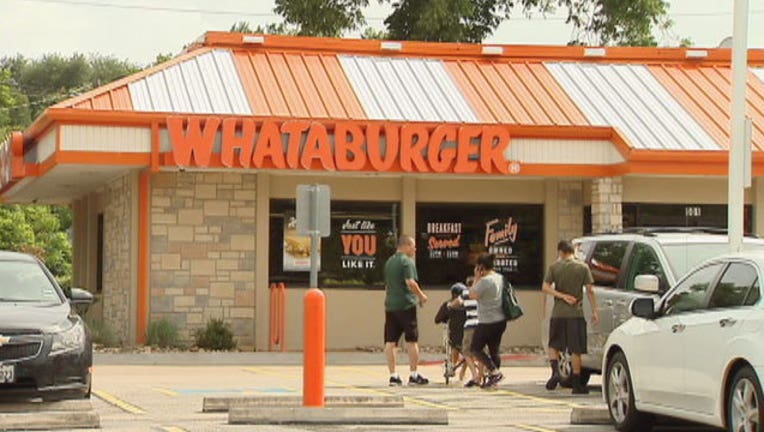 At Lavazza Espression on Congress you can grab an Italian coffee and a light snack.

Come January, you may see owner Jenai Hales with a gun on her hip.

"I have no problem open carrying in my store.  I don't see a problem with it because law abiding citizens who open carry are not a threat.  They're not a threat at all.  It's bad people that are a threat," she said.

Hales is completely fine with open carriers who want to come in and spend their money.

But you can count burger chain Whataburger out.

This week, President and CEO Preston Atkinson says while he's a concealed handgun license holder, he's asking customers not to carry openly in their restaurants -- saying in part:  "We've had many customers and employees tell us they're uncomfortable being around someone with a visible firearm who is not a member of law enforcement, and as a business, we have to listen and value that feedback in the same way we value yours.  We have a responsibility to make sure everyone who walks into our restaurants feels comfortable.  For that reason, we don't restrict licensed concealed carry but do ask customers not to open carry in our restaurants," Atkinson said.

Lone Star Gun Rights says "We at Lone Star Gun Rights think it's important to know where businesses stand on these types of issues, to better determine where we send our hard earned money.  While we certainly respect Whataburger's policy not to allow open carry into their stores, we cannot support businesses on the wrong side of civil rights issues," said Justin Delosh with Lone Star.

"They've got the public to think of and their employees to think of.  And I'm all for carrying guns but if a business doesn't want me to carry a gun into their place I wouldn't carry it," Thompson said.

Hales says she's felt this way about guns ever since she was stalked and nearly attacked in her own home.  Then later, she had a scare while walking into Lavazza.

"The very next day I bought a gun.  And I carry the gun with me every day when I open this store.  And I feel better carrying it and I would have no problem shooting somebody if they were going to harm me," Hales said.

She says if any of her customers tells her they're uncomfortable she'll encourage them to be more accepting of those carrying openly.

"You always find somebody that disagrees with a certain aspect of a lifestyle or a belief.  If we all want to have tolerance, don't we have to have tolerance for open carry as well?  Isn't that what tolerance is about?" she said.

A 30.06 sign bans concealed carry.  So if a business wants to completely ban firearms, they'll have to post both signs.