Wheel of Fortune contestant jokes about family in intro

Contestant Blair Davis was introduced to viewers by host Pat Sajak and was offered the floor to speak about his family.

LOS ANGELES - Monday’s episode of “Wheel of Fortune” got off to an oddly humorous start thanks to contestant Blair Davis.

Davis, the owner of a small trucking business in San Diego, was introduced to viewers by host Pat Sajak and was offered the floor to speak about his family. “I’ve been trapped in a loveless marriage for the last 12 years to an old battle-axe named Kim,” Davis said with perfect poise (via Mashable).

He continued with the same unsympathetic delivery, stating, “She cursed my life with three stepchildren named Star, RJ and Ryan and I have one rotten grandson.” The crowd laughed while Sajak nervously shouted, “Yay!”

“No wonder you came here, you just wanted to get away from everybody,” the host continued.

Sajak then said that he recognized Davis’ facetious nature, after which the contestant admitted that it was all a ruse. “Absolutely,” Davis said in agreement. “I love them like nobody’s business.”

Sajak then proceeded to ask about Davis’ long beard and his grandson. “I started growing the beard a couple of years back and every time I threaten to shave it off, [my grandson] gives me a really hard time. He’s grown used to it.” 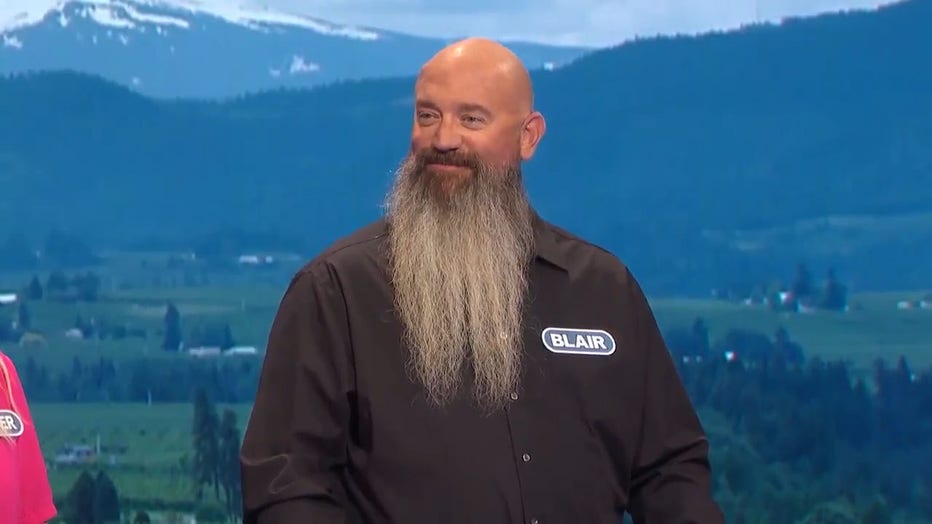 In May, Sajak made game-show history when he was awarded the Guinness World Record for the "Longest Career as a Game Show Host of the Same Show" thanks to a career that has spanned nearly 36 years. The 72-year-old mainstay thanked hostess Vanna White while accepting the honor on-air, telling the actress, "I couldn't have done it without you, kid.”