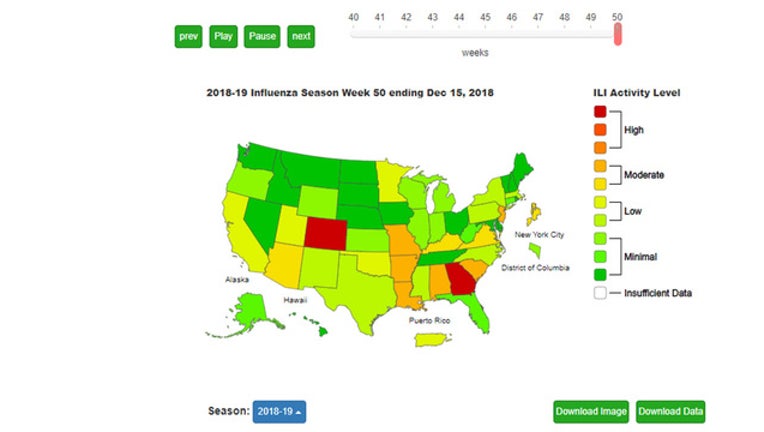 Colorado and Georgia were singled out for high rates of influenza-like illnesses reported.

Louisiana had seen high rates of flu in late November but numbers have dropped in that state.

RELATED: Over 40 percent say no to flu vaccinations

A total of seven influenza-associated pediatric deaths have been reported for the 2018-2019 season across the United States including one in the latest reporting period.

Authorities say the number of deaths is below the threshold to call it an epidemic. Flu season generally runs from October until April. Flu activity generally peaks between December and February.

Doctors say that this year's flu vaccine is more effective than last year's version. 80,000 deaths during last season were linked to the flu.