CIRCLEVILLE, Texas - A natural gas pipeline project through Central Texas has property owners upset. They are now preparing for a courtroom showdown.

Circleville, a ranch in northern Williamson County, is among the parcels of land where a new major pipeline is to cross. The ranch dates back to the 1800s and was purchased by the father of Carol Fox in the 1940s. She grew up there with her brother and still lives on the property.

Thursday, as her dog chased sticks under a large oak shade tree, Fox described how she felt after learning a natural gas pipeline was going to cut across her property.

"It was a mixture of outrage, actually, and ultimately grief and resolution," said Fox.

That sense of defiance is directed at the Matterhorn Express. It is a 490-mile-long natural gas pipeline. It starts in west Texas and goes to Katy. It's estimated the gas flowing through it will serve 1.5 million customers every day. Construction has not yet started, but it’s scheduled to be completed by 2024.

Fox understands the need for power.

"Right now we have to have oil and gas, but that doesn’t mean it has to be done at the expense of heritage," said Fox.

The San Gabriel River is where the proposed underground route enters the northern part of Fox's ranch. The location is a favorite gathering spot for her family where they swim and build bonfires. As for how much she was offered for the right of way, Fox declined to provide the amount but had a sharp description of it.

"It was ridiculous," she said.

In a statement sent to FOX 7, Cody McGregor, spokesperson for Matterhorn Express, said:

"The safety of the communities, people, and the environment is at the heart of our project. We are committed to being good neighbors and incorporating feedback from all relevant stakeholders into both the proposed route and the project’s overall design."

The pipeline, according to McGregor, has made more than 200 adjustments to the route to accommodate property owners. But there is a concern that eminent domain powers could be used. That’s why Carol Fox and several other property owners have retained legal counsel.

Jacob Merkord with Marrs, Ellis & Hodge said their clients are asking for full market value for what the pipeline wants.

"A lot of our landowners are not against the pipeline, but what our landowners want to see is that they want to have substantial feedback in the process and be able to decide and work with the pipeline company on the route," said Merkord.

Families in Burnet and Washington Counties, according to Merkord, are also objecting to the route and to the offers that have been made. 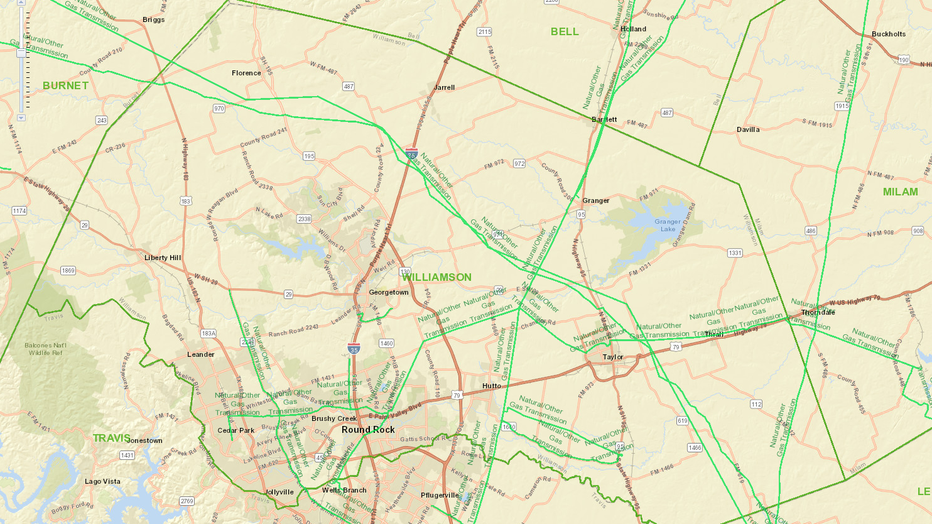 Two pipelines run close to Fox's property and another is located to the west.

"We have proposed a route that would not be so destructive, which is along our boundaries, all three of us neighbors, but so far they are not willing to talk to us about it," Fox said.