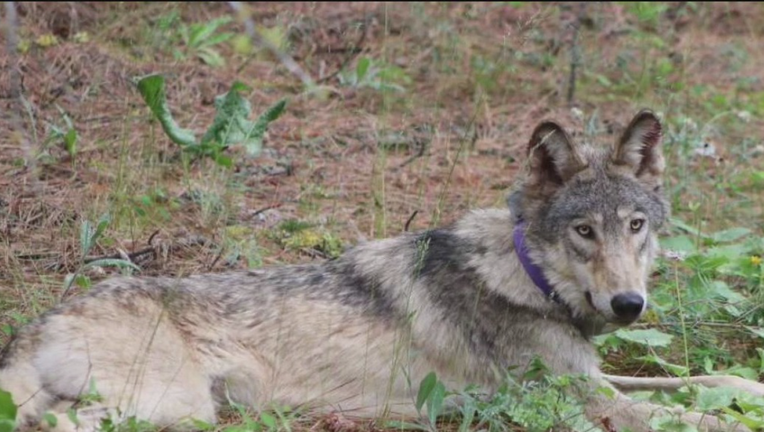 Researchers have been monitoring the wolf dubbed OR-93 via his tracking collar and said the animal departed Oregon earlier this year, likely in search of a new territory, the San Francisco Chronicle reported Sunday.

After trekking through Modoc County and crossing state highways 4 and 208, OR-93 recently moved into Mono County, just east of Yosemite, the newspaper said.

"Given the time of year, we assume OR-93 has traveled such a long way in search of a mate," Center for Biological Diversity wolf advocate Amaroq Weiss said in a statement. "I hope he can find one."

Previously, the farthest south a gray wolf was spotted in recent decades was the Lake Tahoe Basin, according to the Chronicle. That wolf, OR-54, eventually headed back north.

Earlier this month, another male wolf, OR-85, was tracked to California’s Siskiyou County, just south of the Oregon state line.

Gray wolves were eradicated in California early in the last century because of their perceived threat to livestock. Their reappearance in the state has riled ranchers, who say wolves have preyed on their livestock on public or private land.

Wolves are protected under California’s Endangered Species Act. Trump administration officials in November stripped Endangered Species Act protections for gray wolves in most of the U.S., ending longstanding federal safeguards and putting states and tribes in charge of overseeing the predators.

"We’re thrilled to learn this wolf is exploring deep into the Sierra Nevada, since scientists have said all along this is great wolf habitat," Weiss said of OR-93. "He’s another beacon of hope, showing that wolves can return here and flourish as long as they remain legally protected."