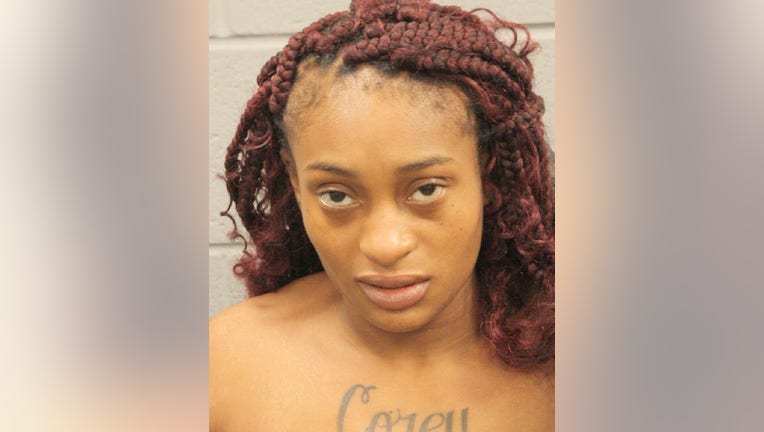 Shakiya Crjuz, 27, is charged with murder in the 339th State District Court.

HOUSTON - Houston police say a woman has been arrested for the shooting of a man who was found dead in the backseat of a car.

Shakiya Cruz, 27, is charged with murder in connection to the shooting that occurred around 12:55 p.m. Friday.

Officers responded to a report of a shooting outside of a business along the Southwest Freeway near Wilcrest Drive.

According to police, a witness reported seeing a woman shooting at a gray Chevrolet Impala. Police say the woman then got into the vehicle with a male and fled the scene.

The Impala was located at about 11:30 p.m. at an apartment complex on Gray Ridge Drive. Police say the victim was found in the backseat with apparent gunshot wounds and was pronounced dead at the scene.

According to HPD, Cruz was among others being question in the case before officers found the man’s body. She was later charged and taken to jail.