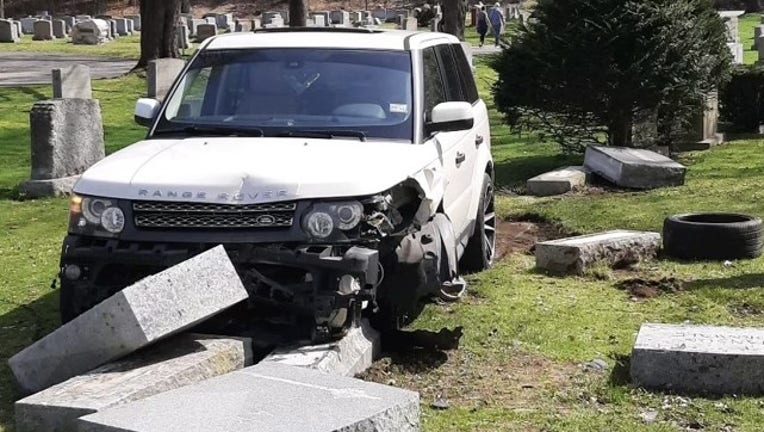 MELROSE, Mass. - Police in Massachusetts said a woman, working to get her learner's permit, lost control, crashed and knocked over eight headstones while trying to drive in a cemetery.

Officers with the Melrose Police Department responded to the incident at the Wyoming Cemetery Saturday afternoon, according to Chief Michael L. Lyle.

Police say the crash involved an older model Range Rover. They said the 53-year-old driver was practicing and accompanied by a relative who is a licensed operator.

Police in the UK released footage that shows a driver plowing into a toll booth and another car.

Neither person was injured in the crash.

The crash remains under investigation by the Melrose Police Department.

This story has been corrected to eight headstones. This story was reported from Los Angeles.