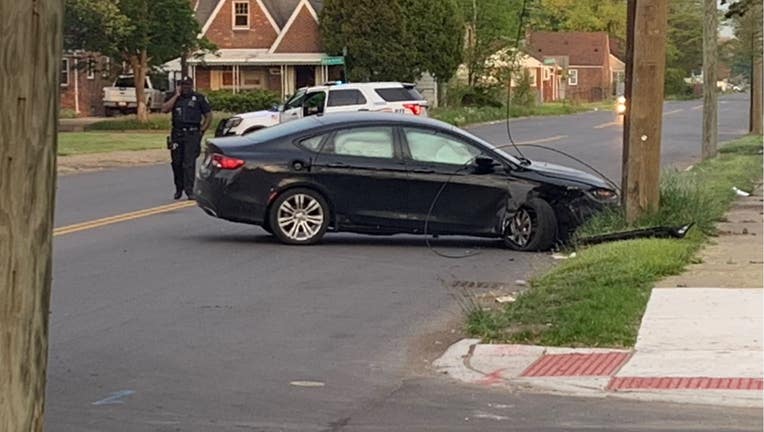 DETROIT - A woman has died after crashing her car and then electrocuting herself.

Detroit police confirmed that a victim was found near her vehicle Monday morning.

She initially crashed her car when she struck a telephone pole at 7845 Ashton Ave., on the city's west side near the Southfield Freeway.

The woman reportedly struck the front of her car into a telephone pole, which caused loose wiring to fall down.

When she attempted to move the wiring, she was electrocuted, police say.

The woman was in her 30s, neighbors say. Photos of the car show a flat tire and damage to the front bumper.

DTE and the Detroit Fire Department also responded to the location.

Police will release more information as it becomes available.