BANGOR, Maine - A woman convicted of mailing a letter containing powder to the Maine home of U.S. Sen. Susan Collins was sentenced Thursday to 30 months in prison.

Muscara was convicted of mailing a threatening communication. The letter contained white powder, a reference to anthrax, and a stick figure with the letter X for eyes, prosecutors said.

The episode happened in October 2018, two days after the Republican senator's husband opened a letter claiming to contain ricin.

No charges were announced after the letter claiming to contain ricin, but postal screeners began inspecting Collins' mail and intercepted Muscara’s letter before it reached Collins’ home. The FBI tested the white powder and found that it did not contain anthrax or any other toxic substances.

Muscara, who was identified by a fingerprint, was upset with Collins over one of her votes in the Senate, prosecutors said. She told investigators she didn’t think the letter would be taken seriously.

U.S. Attorney Halsey Frank said there was nothing funny about anthrax, a deadly substance that has been used to terrorize. 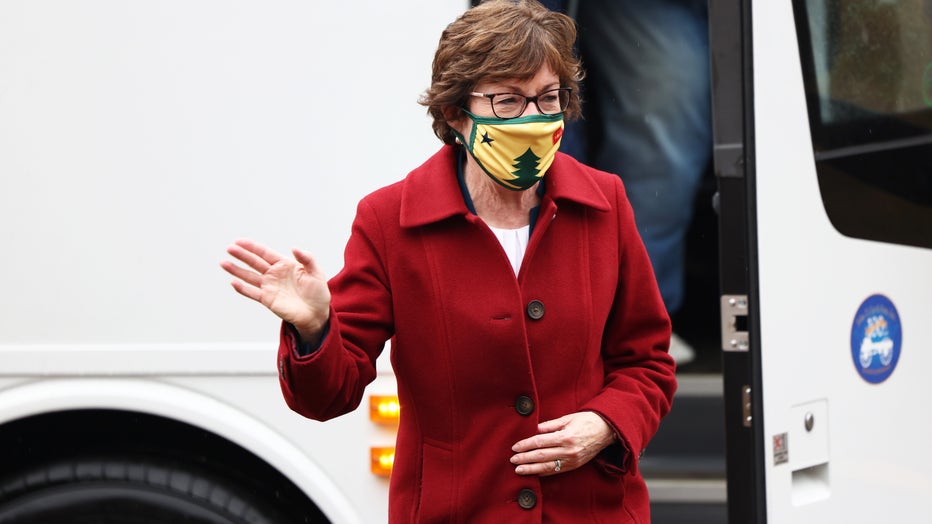 A woman convicted of mailing a letter containing powder to the Maine home of U.S. Sen. Susan Collins was sentenced Thursday to 30 months in prison.

“American politics is premised on free speech and vigorous debate,” Frank said. “True threats are not protected speech. They are a crime."

A spokesperson for Collins expressed her appreciation.

“Senator Collins and her husband, Tom Daffron, are grateful for the vigilance of the postal inspectors and the employees at the Hampden processing center and at the Bangor Post Office who quickly intercepted the letter and the extraordinary professionalism and effective investigative work of state and federal law enforcement officers," Christopher Knight said.