The woman was carrying 15 packages of cannabis hidden in a fake pregnancy belly, according to a ﻿statement by Argentina's border security force.

MENDOZA, Argentina - A woman was arrested in Argentina for attempting to smuggle 10 pounds of marijuana inside a fake “baby bump,” officials said.

The Gendarmería Nacional, Argentina’s border security force, said the unnamed woman was caught on a bus headed from the western city of Mendoza to the city of Caleta Olivia.

She was carrying 15 packages of cannabis hidden in a fake pregnancy belly made of papier-mâché, according to a statement. 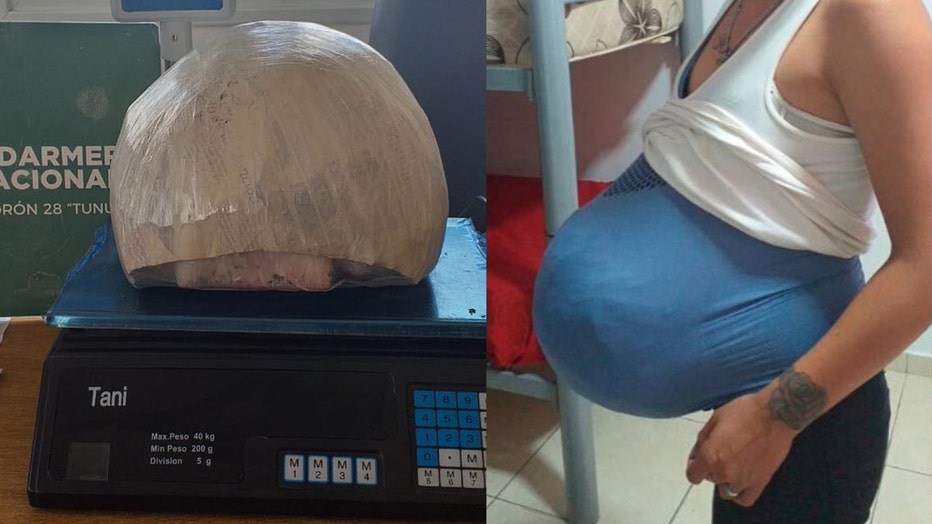 A second male suspect was also caught with two brick-like packages of marijuana inside his carry-on bag, officials said.

“NARCO PREGNANCY,” Argentina’s Minister for Security Patricia Bullrich wrote on Twitter, according to a translation of her message. "We stopped the fake pregnant woman and her accomplice."

Authorities did not identify the suspects.