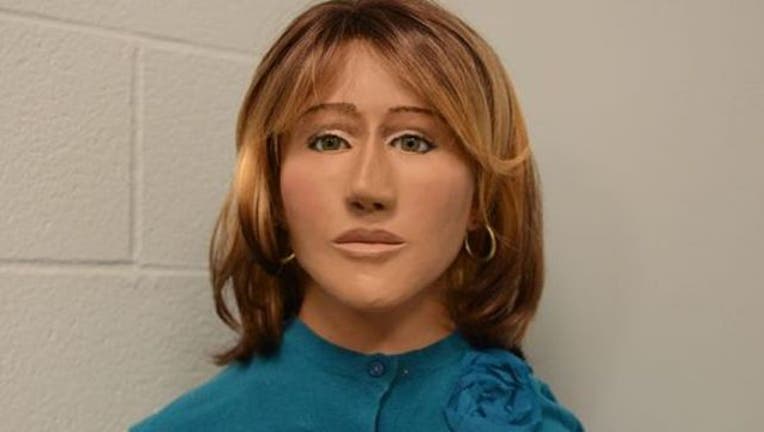 Police found the decaying remains of a dead woman in a secluded area in 1973. This is a reconstruction of how she may have looked. (The Reading Eagle)

State police recently had an expert craft a forensic bust of the victim, in hopes her appearance might spur leads into the killing.

At a news conference last week, police suggested the body could be a woman named Betsy Langjahr. At the time the body was found, Langjahr was a runaway from a home for troubled youth. As of last week, police weren't sure where she was.

A game warden found the remains on Oct. 9, 1973, under a tarp and branches in Union Township, Lebanon County, near Jonestown. That's about 90 miles northwest of Philadelphia.

Evidence suggests the victim was 16 to 20 years old.