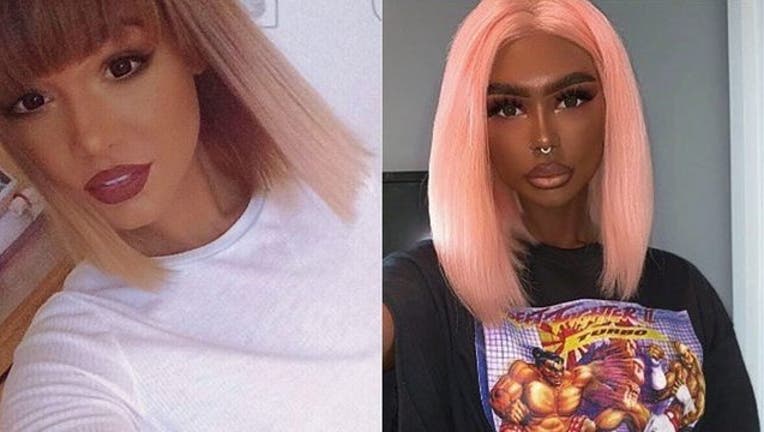 Hannah Tittensor, 22, says she “can’t live without having a tan,” according to a recent episode of Barcroft Media’s “Hooked on the Look” series. (Hannah Tittensor)

FOX NEWS - A woman in Northern Ireland claims people accuse her of blackface, or trying to “switch races” due to her “extreme" tan, which she achieves in part through injections.

“People say that I wanted to be a black woman, and that I wanted to switch races and stuff just because I’m tanning, but I don’t really care,” said Hannah Tittensor, a 22-year-old student from Belfast. “These people don’t actually know me.”

Tittensor, who says she “can’t live without having a tan,” revealed on a recent episode of Barcroft Media’s “Hooked on the Look” series that she loves having a darker complexion as it “looks a lot nicer.” She also said she achieves her complexion through a combination of tanning beds and online-obtained injections of a chemical called Melanotan, as opposed to using tanning sprays, which get too “patchy” for her liking.

Tittensor admitted her habit might be an “obsession” too, as she claimed she feels better when she’s tan. She also frequently posts photos of herself to Instagram, where she said critics “attack” her for her complexion.

“I have a few people obviously who do say nice things,” she said. “[But] if you type in ‘blackface’ on Instagram, or even Google, my name will come up. Just for having a tan. Quite an extreme tan, I know that.”

Tittensor admitted that skin cancer is a concern for her, despite it all.

“Cancer does run in my family, and I’m probably even more prone to me getting skin cancer. I think it’s just a matter of obviously getting your moles checked,” she told Barcroft Media.

Her boyfriend Ben, who shares her preference for tanning, claims he’s not worried about any harmful side effects as no one in his family has cancer.

Tittensor’s sister Rachel, however, is very much concerned, but said Tittensor “doesn’t listen” to anyone who tries to talk her out of it.

"She's really dark but she doesn't think it,” Rachel said. "Her whole image is to do with insecurity. Without all that, she's absolutely stunning.”