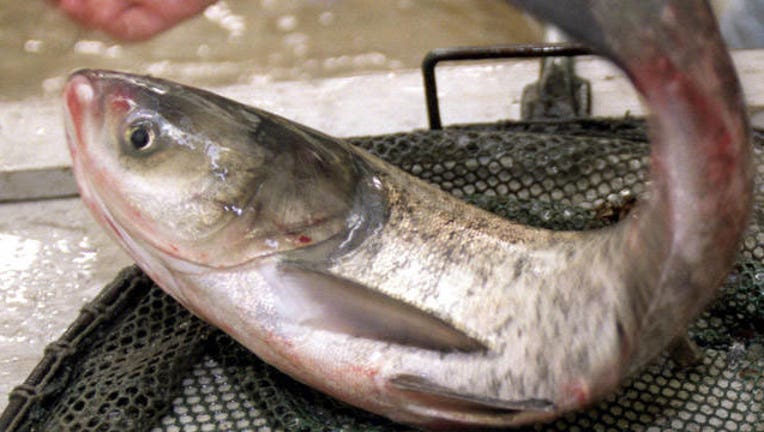 The $4.4 million project at the Eagle Marsh Nature Preserve in Fort Wayne is designed to block floodwaters and prevent carp from crossing from the Wabash River watershed into the Maumee River watershed, which empties into Lake Erie at Toledo, Ohio. The nature preserve drains into both watersheds.

"This is a great example of how a smaller investment up front can save a whole lot of money and heartache after the fact, after damage could have been created," Cameron Davis, who coordinates Great Lakes policy for the U.S. Environmental Protection Agency, told the Fort Wayne Journal Gazette (http://bit.ly/1Onz5VJ ).

The berm, which is 1.7 miles long and averages 7½ feet high, has been planned since 2014 and construction work began last fall.

"We don't want to ever get to that point, where the fish are right there at the gate. We want to keep beating them back so that they never get to the Great Lakes," Davis said.

The federally-funded project is complete except for plantings along the berm, said Betsy Yankowiak, director of preserves and programs for the nonprofit Little River Wetlands Project, which manages and co-owns Eagle Marsh.

"The restored wetlands reach well beyond their boundaries to improve watershed health and the local economy," she said.

Eagle Marsh, which covers more than 700 acres, is co-owned by the Little River Wetlands Project and the Indiana Department of Natural Resources

Information from: The Journal Gazette, http://www.journalgazette.net