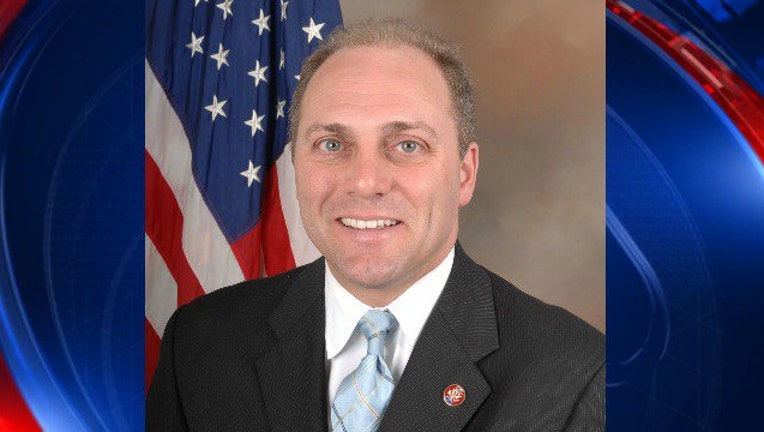 WASHINGTON (AP) - Wounded congressman Steve Scalise has been moved out of the intensive care unit.

The hospital says in a statement that Scalise remains in fair condition as he continues an extended period of healing and rehabilitation."

The No. 3 House GOP leader, Scalise was shot in the hip on June 14 when a gunman opened fire at a baseball practice of Republican lawmakers in Alexandria, Virginia.

Four others were also wounded, and the attacker was killed. Doctors said Scalise was near death when he arrived at the hospital.