A Dallas police officer on the way to work was killed in a crash with a wrong-way driver late Tuesday night.

DALLAS - A Dallas police officer on the way to work was killed in a crash with a wrong-way driver late Tuesday night.

The crash happened just before midnight Tuesday on Spur 408 at Kiest Boulevard in south Dallas.

Investigators believe a wrong-way driver hit the front left portion of the officer's SUV, pushing it into oncoming traffic. The officer's SUV was then hit by an 18-wheeler and rolled several times.

Officer Jacob Arellano died of injuries to his head from the collision at 9:40 a.m.

The 25-year-old officer from El Paso joined the Dallas Police Department in June 2019 and was assigned to the Northwest Patrol Division. 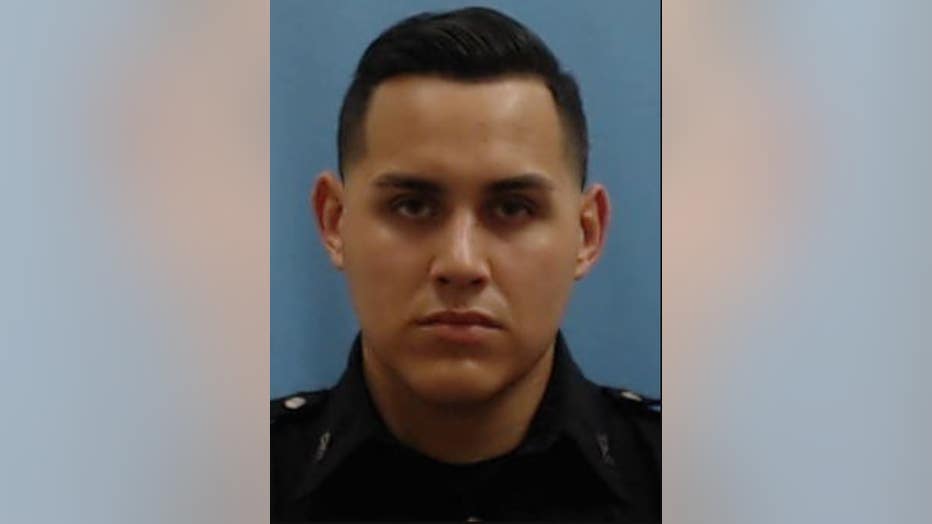 Officer Arellano's family was flown in from El Paso early Wednesday morning. He died shortly after his mother arrived at the hospital.

"This is a tragedy for our department," said Chief Garcia at an emotional afternoon news conference. "We are all living our worst nightmare. Today we lost one of our own."

Garcia said the police department began making calls after Arellano did not show up for roll call.

"It was at this time members of the first watch started making calls trying to find out where their brother may be, only to find that he had been seriously injured," he said.

'We are all living our worst nightmare': Dallas police chief Eddie Garcia gives update on officer killed in crash on way to work

Dallas police officer Jacob Arellano was on his way to work Tuesday night when he was hit and killed by a wrong-way driver on Spur 408.

Garcia asked people to keep Officer Arellano, his son and his girlfriend in their prayers.

A procession was held to take Officer Arellano's body from Methodist to the Medical examiner's office shortly after 2:30 p.m.

Members of the hospital staff came out to the sidewalk to pay their respect as the motorcade passed by.

"Just to pay our respects, you know, for the family and we all work as one being first responders, just, you know, to honor the family," said Stephanie Mendez. 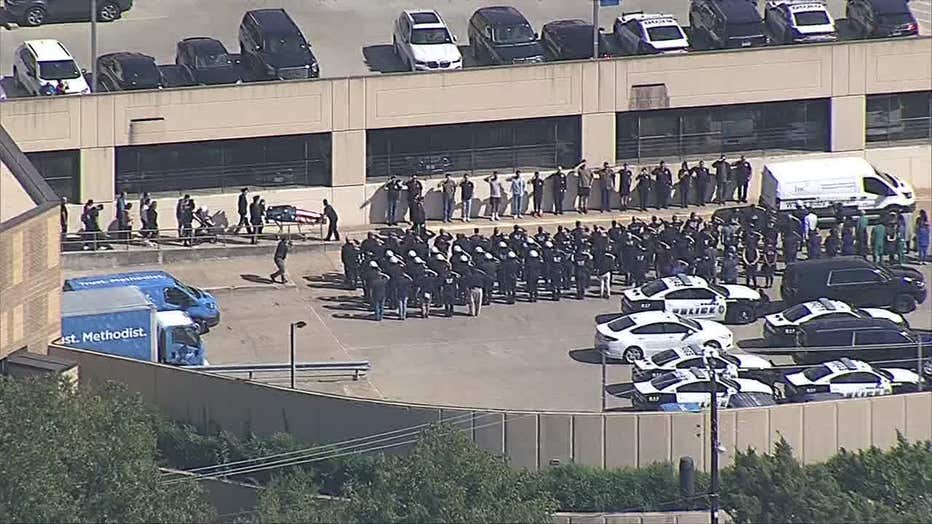 The wrong-way driver was a 31-year-old woman who police believe was drunk at the time of the crash. She was taken to the hospital in serious condition.

No charges have been filed at this time. 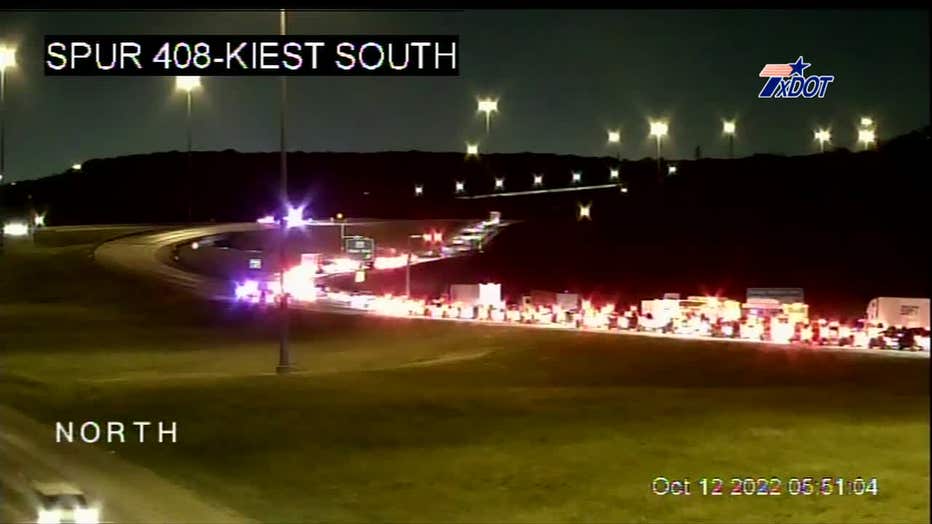 The driver of the 18-wheeler was not hurt.

Arellano grew up in El Paso. He played football and joined the New Mexico State football team from 2016 to 2018 while he was in college.

The university said Wednesday that "Jacob was an outstanding young man, and our thoughts and prayers are with his family and friends."

Funeral arrangements for Arellano are in the works.