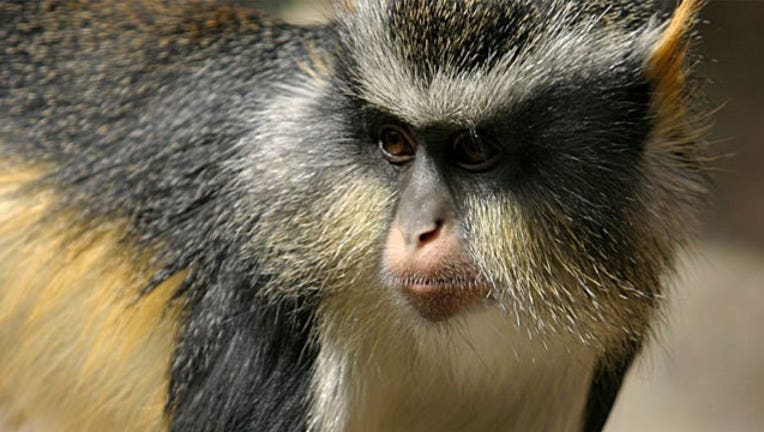 A guenon monkey, similar to the one that escaped from a Massachuessets zoo. (AP)

WWLP-TV reports a 12-pound guenon monkey named Dizzy escaped from its enclosure at The Zoo in Forest Park, in Springfield, on Tuesday. The zoo is temporarily closed while employees try to recapture the animal.

The zoo says on its website that an employee was cleaning the enclosure and had walked out to help a visitor when Dizzy twisted a doorknob and let himself out. The zoo says that had never happened before.

Staff members located Dizzy inside the zoo and were trying to get him back into his enclosure on Tuesday afternoon.

The zoo says Dizzy poses no harm to the public.