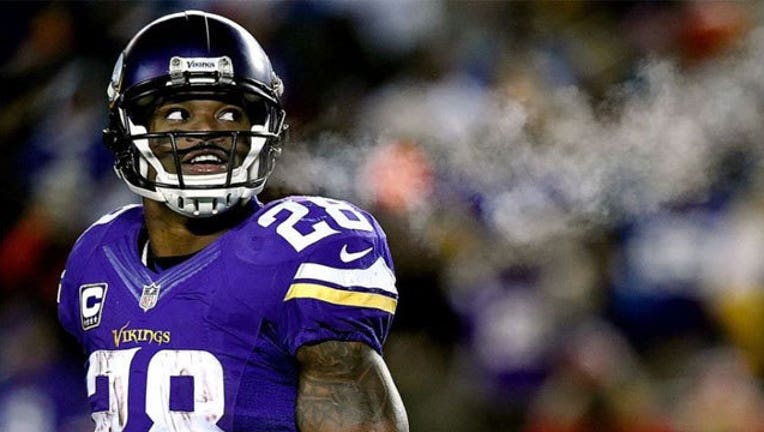 A three-judge panel of the 8th U.S. Circuit Court of Appeals ruled Thursday that an NFL arbitrator acted within his rights by upholding Goodell's six-game suspension of Peterson in 2014. That came under the personal conduct policy the league toughened up following a brutal act of caught-on-video domestic violence committed by Baltimore running back Ray Rice.

"The dispositive question is whether the arbitrator was at least arguably construing or applying the contract, including the law of the shop," Colloton wrote for the panel. "The arbitrator here undoubtedly construed the Rice decision in reaching his decision. Disagreement with his conclusion is not a valid ground on which to vacate the decision."

The NFL had no immediate comment on the ruling, issued about 27 months after the injuries to Peterson's then-4-year-old son were reported.

The NFLPA issued a statement of resignation.

"Our union pursues all claims because we believe in due process, fundamental fairness and in the spirit of collective bargaining agreements. While the NFLPA disagrees with the decision, we accept this loss," the union said. "When negotiation or collective bargaining fails to resolve our differences, we will always fight and pursue every recourse for our players' rights."

The league's primary argument was that a judge should not be able to intervene in a collectively bargained labor dispute like this, and the appeals court agreed.

Doty had sided with the NFLPA's contention that the six-game ban, announced by Goodell on Aug. 28, 2014, couldn't apply retroactively to Peterson since the boy was hurt more than three months before the enhancement of the personal conduct policy. Peterson was indicted on Sept. 12, 2014, by a grand jury in Texas after it found him guilty of disciplining the boy with a tree branch. He eventually pleaded no contest to misdemeanor reckless assault.

Peterson was on paid leave for nine games. Then Goodell issued the unpaid suspension with six games left on Minnesota's schedule. The league collected half of the roughly $4.1 million that Peterson was to forfeit, the proration over a 17-week basis from his $11.75 million salary for that year. It held off on the remaining three-game fine, pending the NFLPA's petition to Doty to vacate Henderson's decision.

After playing in only one game in 2014, Peterson returned to the Vikings last year and led the league in rushing with 1,485 yards. The dispute in front of the 8th Circuit, then, boiled down to power, principle and about $2 million.

The league has gotten its share of court losses to the union, but not lately and not at the higher level.

Three weeks ago, the 2nd U.S. Circuit Court of Appeals in New York issued a rejection of requests by the NFLPA and Tom Brady to reconsider a decision that reinstated a four-game suspension of the New England Patriots quarterback. Brady was punished for his role in deflated footballs during the AFC championship game after the 2014 season.

As with "Deflategate," the Peterson case was ultimately about the scope of Goodell's power over player discipline and well beyond the initial behavior that landed him in trouble in the first place.