HOUSTON - The Astros have picked up the club option on manager Dusty Baker's contract, tying him to the franchise through the 2021 season according to a Major League Baseball source.

Baker, hired by the Astros in January, has a one-year contract with a club option for a second year.

“Dusty has been a perfect fit for our ballclub,” General Manager James Click commented. “His knowledge of the game and experience have been invaluable to us in his first few months with the club. We’re excited to see him in an Astros uniform again next year.” 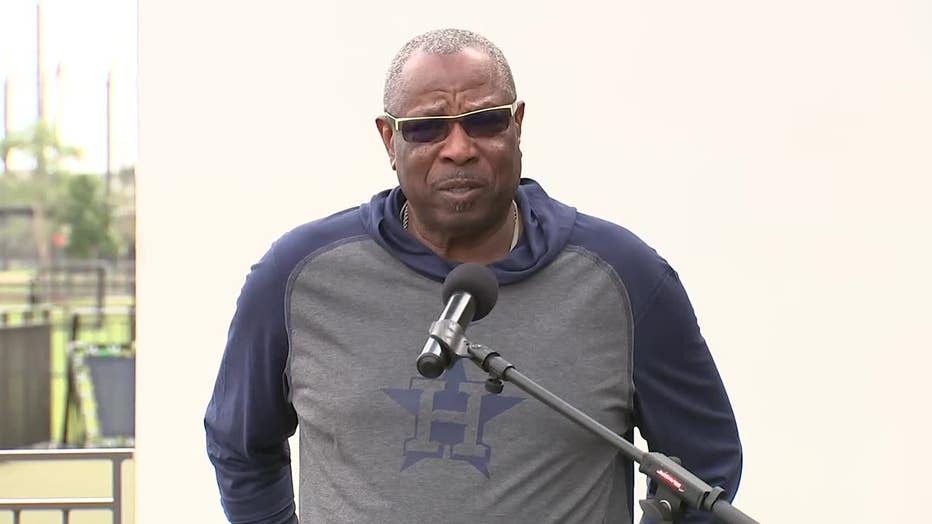 Baker also managed the San Francisco Giants, Chicago Cubs, Cincinnati Reds and Washington Nationals. He has an overall record of 1866-1637 and has been named Manager of the Year three times.

“Strommie and Gary have had a tremendous impact on the recent success of the Houston Astros,” Click said. “They are among the most respected coaches in the league and we’re very fortunate to have them."