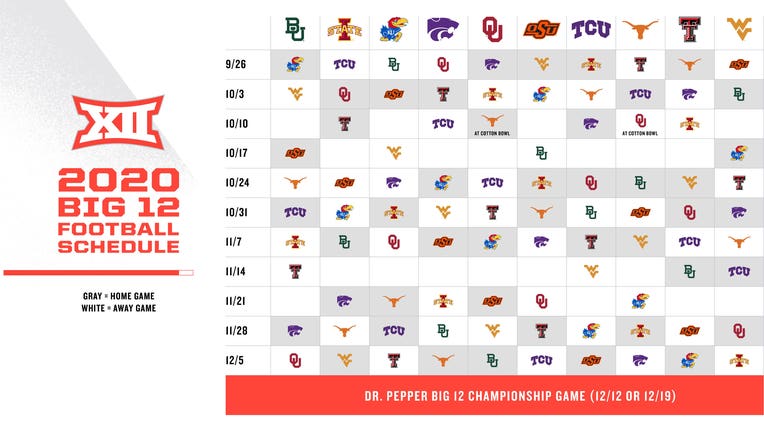 AUSTIN, Texas - The Big 12 has released its schedule for the 2020 football season.

The Big 12 Board of Directors agreed on August 11 that the conference planned on proceeding with plans to have its fall sports seasons. It came on the same day that two other power conferences, the Big Ten and Pac-12, announced they would be canceling their football seasons.

"Ultimately, our student-athletes have indicated their desire to compete in the sports they love this season and it is up to all of us to deliver a safe, medically sound, and structured academic and athletic environment for accomplishing that outcome,” said Big 12 Commissioner Bob Bowlsby in a statement posted on the Big 12 Conference website.

The season kicks off on September 26 with the following games:

Each team will have a minimum of two bye dates and possibly a third one later in the season. The Dr Pepper Big 12 Championship game is tentatively scheduled for December 12.

Non-conference games must be completed before the start of conference play on September 26 and those matchups will be announced by the universities themselves.

Stadium capacities will be determined by each member institution in accordance with local and/or state health ordinances, and working with government officials.

The rest of the season and matchups are as follows:

For full details and more information about the season, you can go to the Big 12 Conference's website. 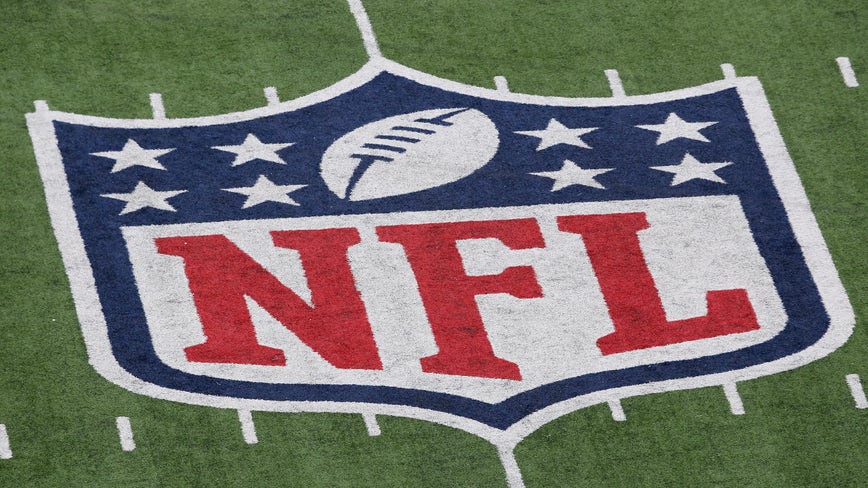