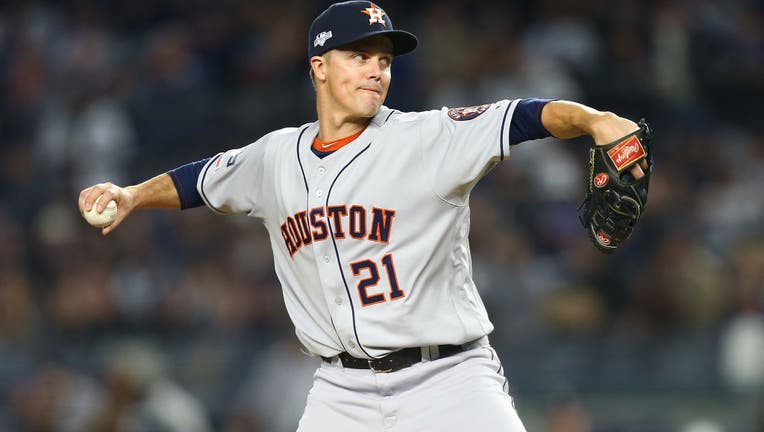 NEW YORK, NEW YORK - OCTOBER 17: Zack Greinke #21 of the Houston Astros in action against the New York Yankees in game four of the American League Championship Series at Yankee Stadium on October 17, 2019 in New York City. Houston Astros defeated the

The Astros may not have won the World Series, but one member of the team recently won big.

Zack Greinke won the Gold Glove Award, an honor for best fielding pitchers in the league.

Even though he was traded to the Astros ahead of the trade deadline, MLB says Greinke still did enough defensively in his time with the D-backs to earn what is now his sixth consecutive award.

MLB says Greinke, who "also qualified for the NL award by racking up 146 innings with Arizona," became the third pitcher to win at least six consecutive Gold Gloves, joining players such as Bob Gibson (1965-73) and Greg Maddux (1990-2002).