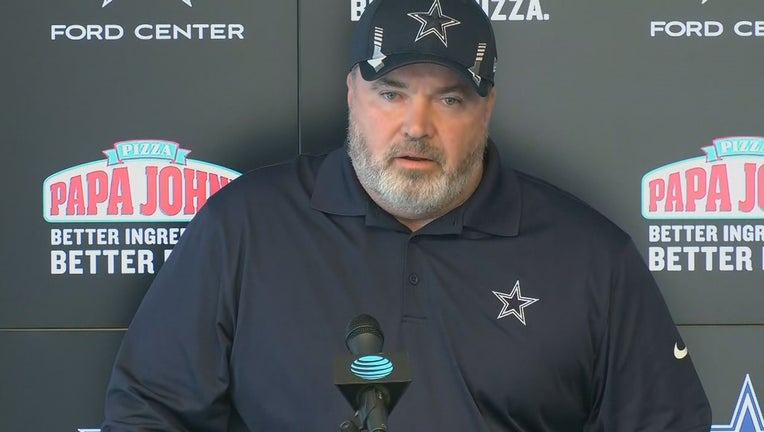 FRISCO, Texas - Cowboys head coach Mike McCarthy is confident his quarterback will be ready to go after his latest injury.

Dak Prescott had an MRI on Monday, which gave more insight to his injury.

The overtime pass gave the Dallas Cowboys their first win at New England since 1987.

Prescott is now in a walking boot.

He needed help going into the locker room after the game.

"We’re going to take this week for rest and rehab. They’re going to re-evaluate Monday. And just the words from Jim were, we’re optimistic for Minnesota. But you know, I think like nay calf strain, especially this, this really is close to the injury. There is, you know, variance in timelines. So, but we’re optimistic for Minnesota," Coach McCarthy said.

The timeline may be a bit ambitious.

Receiver Michael Gallup, who also has a calf strain, hasn’t played since the opener.

The good news is that the Cowboys don’t have a game this week so that buys Prescott some recovery time.

"Well I think the fact the bye is there, my feeling is that it ought to take care of it in terms of enough time to get to were he can compete normally. So, I think uh, I would probably be a little concerned if we were playing this week. But the fact that we've got two. I'm in good shape," he said.

The team’s next game is on Halloween night against the Vikings.

Coach McCarthy gave the team the entire week off following the 5-1 start to the season.