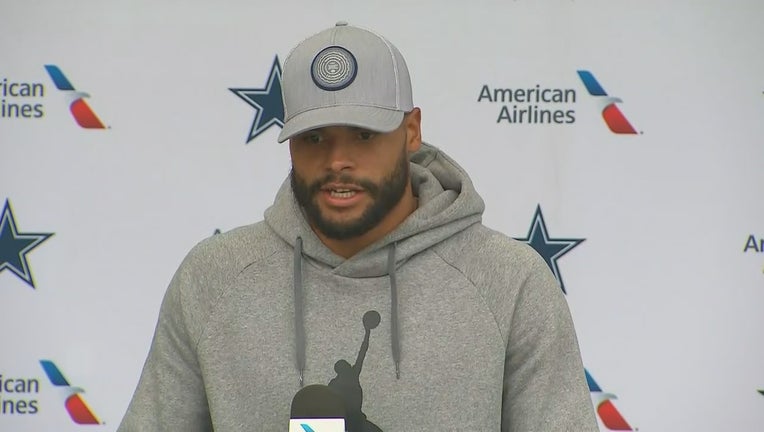 DALLAS - The Cowboys may only need Cooper Rush to start one more game as quarterback.

Rush will start Monday night when Dallas plays the Giants in New Jersey.

Dak Prescott is working his way back from an injury. He had surgery last week because of a fractured thumb on his throwing hand.

Despite initial estimates that he’d be out for six to eight weeks, team owner Jerry Jones said the Giants game may be the last one Prescott misses.

On his radio show, Jones would not rule Prescott out of the Cowboys’ Oct. 2 game against Washington.

"Everybody recognizes that he'll be back sooner rather than later, as far as the timeline.  And uh, it really could be a minimal of uh, two weeks up here in my mind. Now, that's optimistic. That's very optimistic but it could be. And he's got the kind of injury the kind of repair there that will allow him not to have a lot of fear about reinjuring it, just a question of the grip," he said.