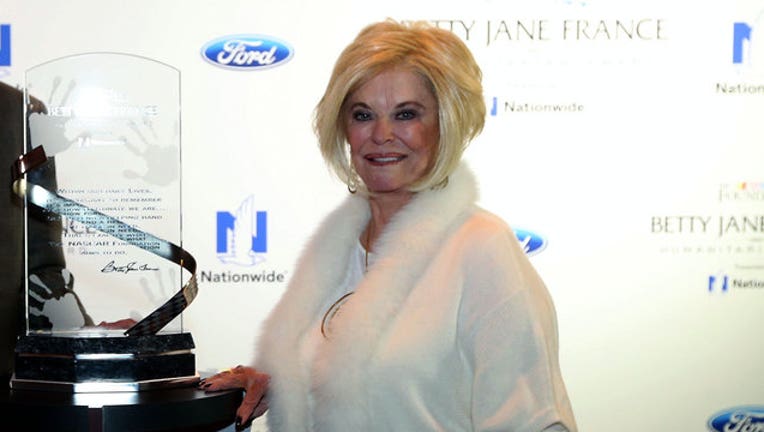 DAYTONA BEACH, Fla. (AP) - Betty Jane France, a longtime community leader considered by many to be the first lady Of NASCAR, has died.

Lesa France Kennedy said her mother died Monday evening. A statement from NASCAR on Tuesday did not disclose details of her death, including her age.

France was executive vice president and assistant treasurer of NASCAR and chair of the NASCAR Foundation. France was married to the late Bill France Jr., son of NASCAR founder Bill France. Her son, Brian, is chairman and CEO of NASCAR and France Kennedy is CEO of International Speedway Corp.

France was champion of health care for children, helping establish the "Speediatrics" children's care unit at Halifax Health in Daytona Beach and at Homestead Hospital in Homestead, Florida.

The Betty Jane France Humanitarian Award was created in her honor in 2011.