New Jersey Generals quarterback Luis Perez hooked up with Randy Satterfield for the first touchdown pass in United States Football League history on Saturday night. It was a 3-yard completion. 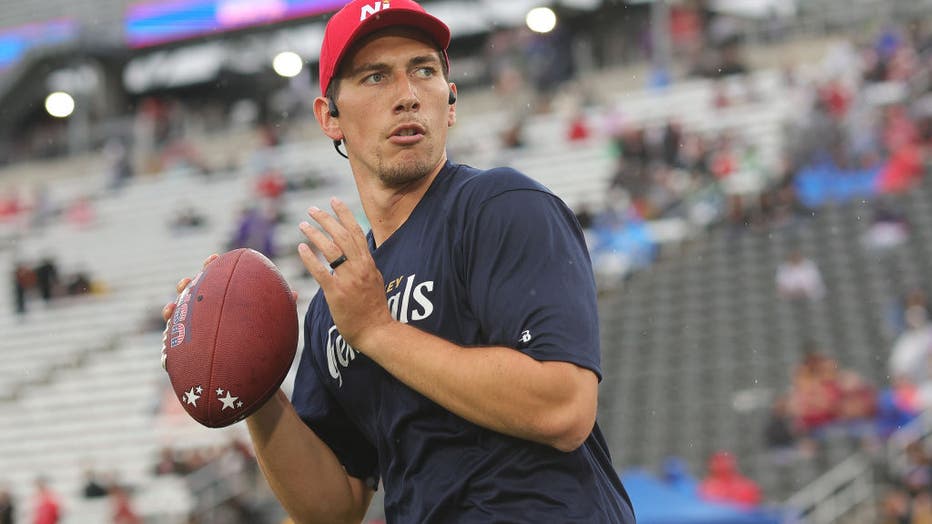 BIRMINGHAM, ALABAMA - APRIL 16: Luis Perez #2 of New Jersey Generals warms up before the game against the Birmingham Stallions at Protective Stadium on April 16, 2022 in Birmingham, Alabama. (Photo by Carmen Mandato/USFL/Getty Images)

Perez found Satterfield in the back of the end zone and the wide receiver was hit by Birmingham Stallions defensive back Tae Hayes. The wind appeared to be knocked out of Satterfield at the end of the play, and he was seen running off the field.

The Generals, who have a choice for a one-, two- or three-point conversion, elected to go for the one-point field goal attempt and Nick Rose successfully put the one-pointer through the uprights.

Perez and the Generals got started with a 49-yard pass to Satterfield after the kickoff.

It wouldn’t take long for the Stallions to come back. 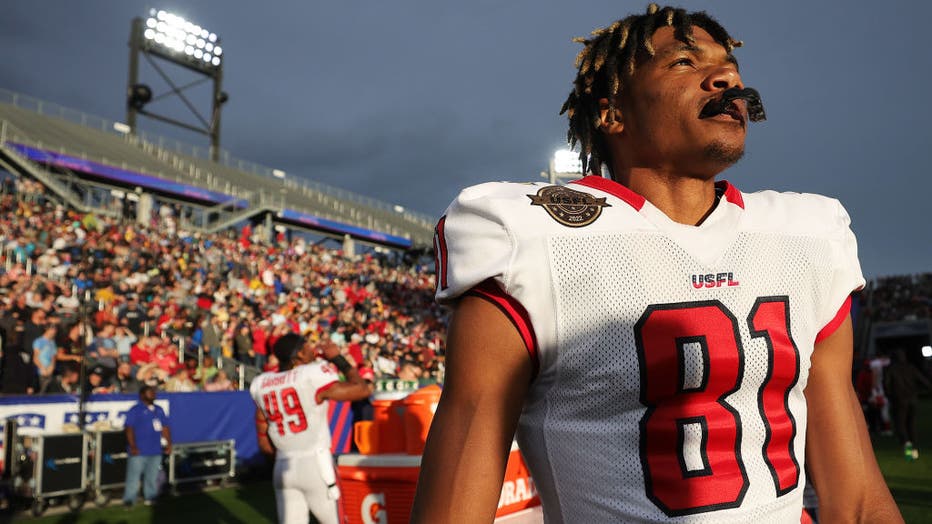 BIRMINGHAM, ALABAMA - APRIL 16: Randy Satterfield #81 of New Jersey Generals looks on before the start of the game against the Birmingham Stallions at Protective Stadium on April 16, 2022 in Birmingham, Alabama. (Photo by Carmen Mandato/USFL/Getty Im

On the next drive, Stallions quarterback Alex McGough found Osiris Mitchell for a 38-yard touchdown pass. Mitchell, somehow, came up with the one-handed grab for the score.

The Generals and the Stallions were playing the first game in the new USFL’s history. The teams were playing in Birmingham, Ala., at Protective Stadium.