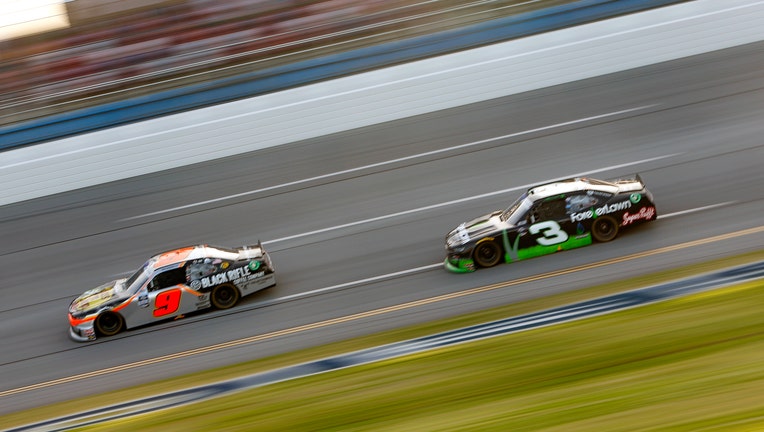 TALLADEGA, ALABAMA - APRIL 23: Noah Gragson, driver of the #9 Bass Pro Shops/TrueTimber/BRCC Chevrolet, and Jeffrey Earnhardt, driver of the #3 ForeverLawn Chevrolet, race to the finish of the NASCAR Xfinity Series Ag-Pro 300 at Talladega Superspeedw

TALLADEGA, Ala. - Race car engines will be humming under mostly sunny skies at the Talladega Superspeedway Sunday for NASCAR’S annual GEICO 500.

The NASCAR Cup Series race will kick off on FOX at 3 p.m. ET, and, thanks to a ridge of high-pressure, temperatures will warm into the low to mid-80s across Central Alabama.

Meteorologists say because of the stable air, rain chances will be near zero, and even clouds could be even hard to find. 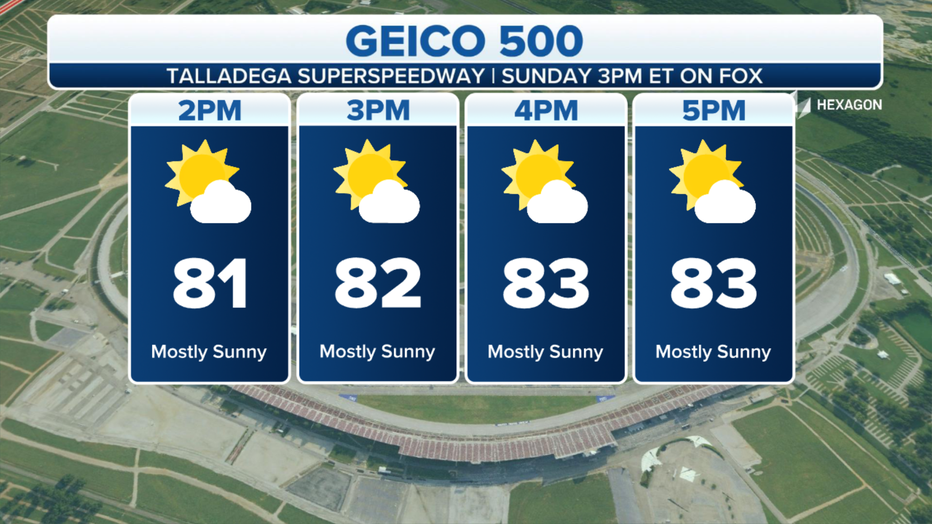 Typically, temperatures are in the mid to upper 70s, so a warmer than average day is on tap for the thousands of fans.

The 2.66-mile track is known to produce stunning victories, including last year when Bubba Wallace earned his first Cup win at the YellaWood 500.

With the expected sunny skies, meteorologists say don’t expect a repeat of 2020 when lightning and heavy rain forced NASCAR to deploy its track-drying team and ultimately postponed the race by 24 hours.

The last seven races have all been won by different drivers, so it is anyone’s bet who will cross the finish line and take their winnings from Sunday’s $7 million purse.

The series has five races planned during May that will take place in Delaware, South Carolina, Kansas, Texas and North Carolina.

Watch coverage of the GEICO 500 on the Fox Sports app.