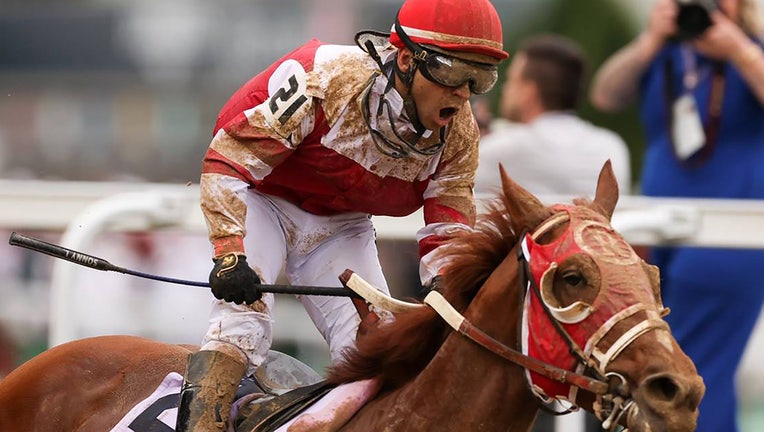 Rich Strike, with Sonny Leon up, wins the 148th running of the Kentucky Derby at Churchill Downs on Saturday, May 7, 2022. (Silas Walker/Lexington Herald-Leader/Tribune News Service via Getty Images)

Rich Strike and his connections disagree with those sentiments.

One of the biggest upsets in racing history happened Saturday in the Kentucky Derby, when Rich Strike shocked the establishment by running past everyone and winning the first leg of this year’s Triple Crown series.

Those who bet $2 to win on Rich Strike got $163.60 in return. Not bad for about two minutes of work. For jockey Sonny Leon, trainer Eric Reed and owner Rick Dawson, the result was life-changing. Leon was racing Friday at a little-known track in Cincinnati called Belterra Park. Reed’s biggest win before Saturday was with a filly called Satans Quick Chick in a Grade 2 race nearly 12 years ago. Dawson, a half-hour or so after the Derby, rhetorically asked a question to anyone within earshot.

"What planet is this?" Dawson said.

Indeed, it’s a whole new world that he’s part of now. And a 3-year-old colt that was much closer to last place than first for most of the race Saturday made it all happen. 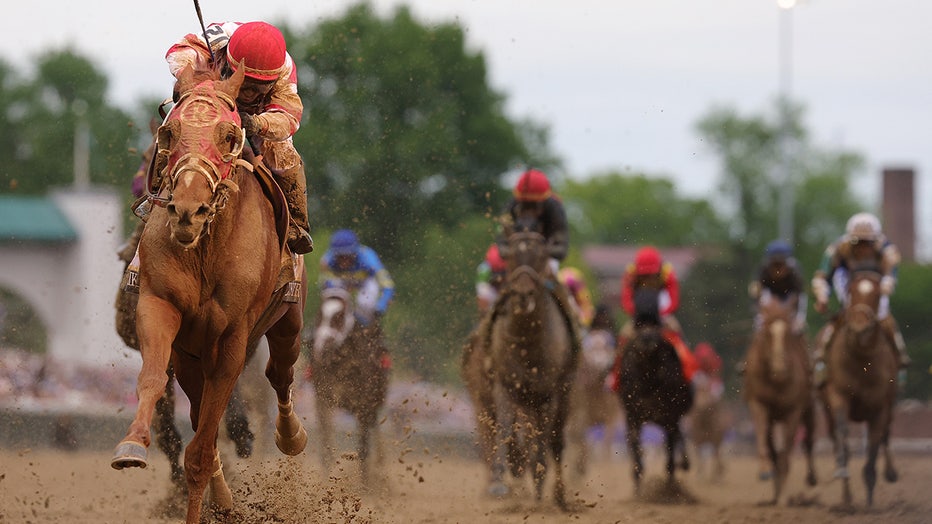 Rich Strike with Sonny Leon up wins the 148th running of the Kentucky Derby at Churchill Downs on May 07, 2022 in Louisville, Kentucky. (Photo by Jamie Squire/Getty Images)

How did he even get in?

Good luck for him, bad luck for another. The Kentucky Derby can’t have more than 20 horses in the field. Rich Strike was 21st on the list. If one of the 20 horses that qualified didn’t scratch from the race before 9 a.m. Friday, Rich Strike’s Derby plan would have ended.

At 8:45 a.m. Friday, the call came: No scratches. Reed texted his father: "Didn’t happen." The security guard working the barn and protecting Rich Strike was sent home. Plans were being made to run Rich Strike in a race this week in New York instead.

Around that time, the connections for Ethereal Road — trained by D. Wayne Lukas — told Derby officials that they were pulling out of the race. Reed got another call at 8:55 telling him not to move the horse, then another call a minute or two later with the official word.

Turns out, history was starting to happen. 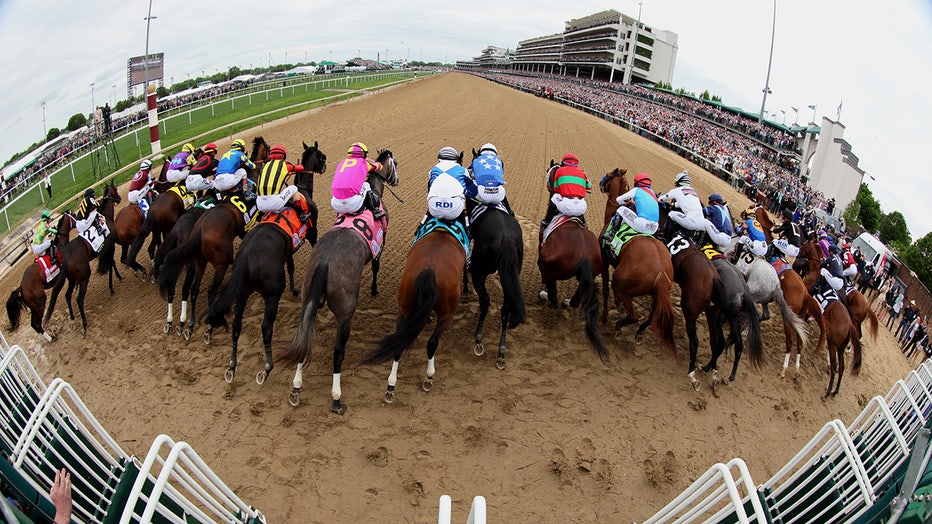 The field leaves the starting gate to begin the 148th running of the Kentucky Derby at Churchill Downs on May 07, 2022 in Louisville, Kentucky. Rich Strike with Sonny Leon up won the race. (Photo by Andy Lyons/Getty Images)

How did he win?

Think of the horses like race cars. There’s a finite amount of fuel in the tank. The faster you burn the fuel, the quicker the tank empties. And that’s exactly what happened in the Kentucky Derby.

Summer Is Tomorrow was the leader after a quarter-mile, or two furlongs. He covered that distance in 21.78 seconds — the fastest time in Kentucky Derby history. No horse can sustain that pace for 1 1/4 miles. And Summer Is Tomorrow wound up finishing last in the 20-horse field, 64 1/2 lengths behind Rich Strike.

It wasn’t just Summer Is Tomorrow. Many horses went out on a blistering pace, because so many trainers and jockeys had decided their best move was to get close to the lead for the opening portions of the race.

The biggest indicator that this was going to be a wild finish probably came when track announcer Larry Collmus briefly stopped his rundown of which horse was where in the field at the half-mile mark. "The opening half-mile was — WHOA! — blazing fast, 45.36 seconds," Collmus said.

Those fuel tanks were emptying far faster than anticipated.

At that half-mile mark, Rich Strike was ahead of only two horses. He was sitting in 18th place.

How did Rich Strike pass so many horses?

Two answers: He ran by some, and some, as they say in racing, stopped running.

Technically, that last part isn’t true. All 20 horses were "running" when they crossed the finish line. Nobody "stopped." But some simply ran out of gas, meaning their all-out sprints had become little more than a gallop or a jog.

Rich Strike had tons of fuel left. He also had one other major advantage: He was near the rail.

It’s simple math: The closer one is to the rail, the shorter of a distance one has to run. Most of the contending horses as the leaders turned into the stretch and headed home were fanned out wide across the track, moves that made their trips a bit longer.

This is where Leon had a huge decision to make. He had to get around Messier, one of the early leaders who was fading fast. Leon decided to veer slightly to his right and get around Messier, then dove back down toward the rail to finish Rich Strike’s run. It was almost as if nobody saw him coming.

They saw him at the end. That’s all that mattered.

How did handicappers get this so wrong?

If we knew that, everyone would have cashed their Derby tickets. Rich Strike had just one win coming into the race (though, in fairness, it was by 17 1/4 lengths, which is impressive regardless of the level of competition).

He’s a closer. He hadn’t won any of his last five races but made late moves in all of them, going from sixth to third, seventh to fifth, eighth to third, 11th to fourth and 11th to third. Passing horses down the stretch is apparently his favorite pastime. Handicappers definitely missed that.

But reputations also matter. Frankly, not many horseplayers knew who Leon was, or who Reed was, before Saturday.

"It’s a horse race, and anybody can win," Reed said. "And the toteboard doesn’t mean a thing."

The Preakness is May 21 at Pimlico, and it would seem like Rich Strike will head there to see if he can move one win away from grabbing the most improbable Triple Crown ever.

"That’s probably the plan," Reed said Sunday. "I’m not going to do a whole lot with him and I don’t like to run back quick. You get one like this in a lifetime and you have to protect him."