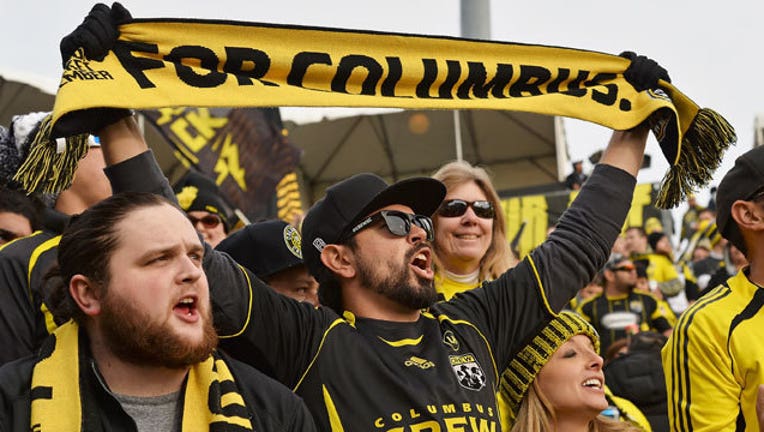 Fans of Columbus Crew SC cheer before the 2015 MLS Cup between the Columbus Crew SC and the Portland Timbers on December 6, 2015 at MAPFRE Stadium in Columbus, Ohio. (Photo by Jamie Sabau/Getty Images)

COLUMBUS, Ohio (AP) - An Ohio judge has ordered a 90-day pause in a lawsuit that seeks to stop a Major League Soccer team's proposed move to Austin, Texas.

The lawsuit filed by the Ohio attorney general and the city of Columbus cites a law enacted after the original Cleveland Browns moved to Baltimore in 1996. Under the law, Ohio sports teams using publicly supported facilities must give six months' notice and allow cities or residents a chance to buy the team.

The city has argued the owners of Crew SC were vague about their notice.

Brown will meet with both parties to determine how to structure a potential sale. Both sides also must help determine the team's value.

Information from: The Columbus Dispatch, http://www.dispatch.com