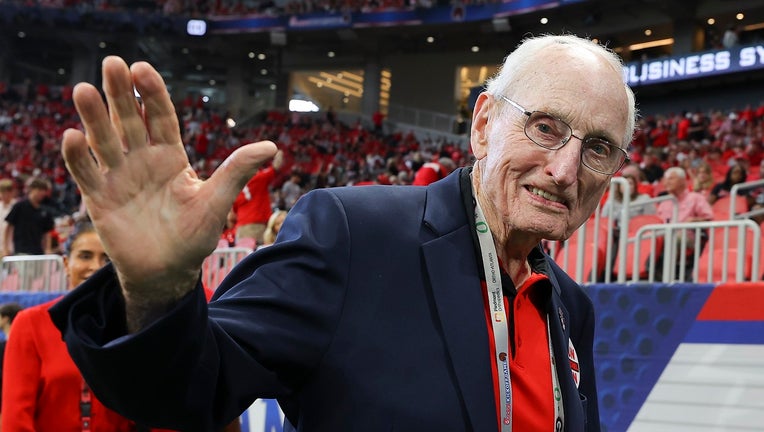 Former UGA head coach, Vince Dooley walks the sidelines prior to the Chick-fil-A Kick-Off Game between the Oregon Ducks and Georgia Bulldogs at Mercedes-Benz Stadium on September 3, 2022 in Atlanta, Georgia. (Photo by Todd Kirkland/Getty Images)

The former University of Georgia head football coach and director of athletics apparently had been battling a case of pneumonia and had canceled his appearance at the UGA bookstore before the Auburn game.

The news was announced during Saturday's game.

Dooley’s 25 years as head coach earned the Dawgs the 1980 National Championship, six SEC Championships, 20 bowl games, and a career record of 201-77-10, becoming only the ninth coach in NCAA Division I history to win over 200 games.

During his tenure as athletic director, the Bulldogs was 24 national champions and 78 SEC team championships in both men and women sports.