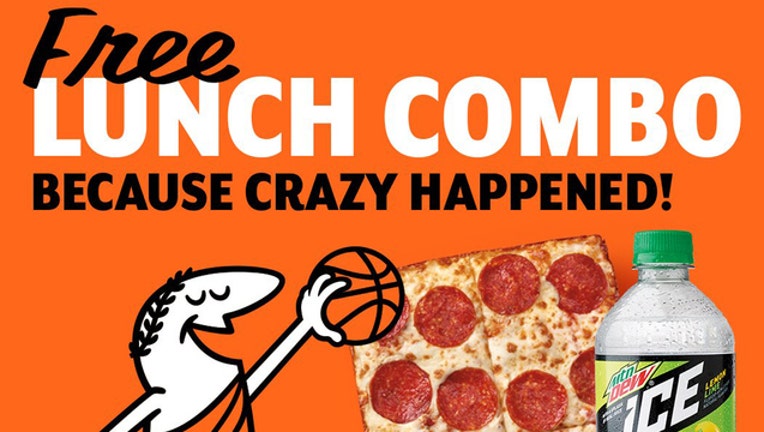 Little Caesars made an offer ahead of the NCAA basketball tournament that restaurants would offer free pizza for an upset win of a No. 16 seed beating a No. 1 seed during the first round of the tournament.

Since the Retrievers' 74-54 win over the Cavaliers during the first round, Little Caesars is now making good on their offer.

"If any #16-seeded team beats a #1-seeded team in a crazy, unexpected victory in the games played on Thursday, March 15 or Friday, March 16 of the 2018 men’s college basketball tournament, Little Caesars will give away one free HOT-N-READY® Lunch Combo to every family that comes into a participating store between 11:30 a.m. and 1 p.m. (local time) on April 2, 2018."

Those who want to take advantage of the offer need to mention it at the check-out counter.

Little Caesars says orders must be placed no later than 1 p.m. to receive the deal.