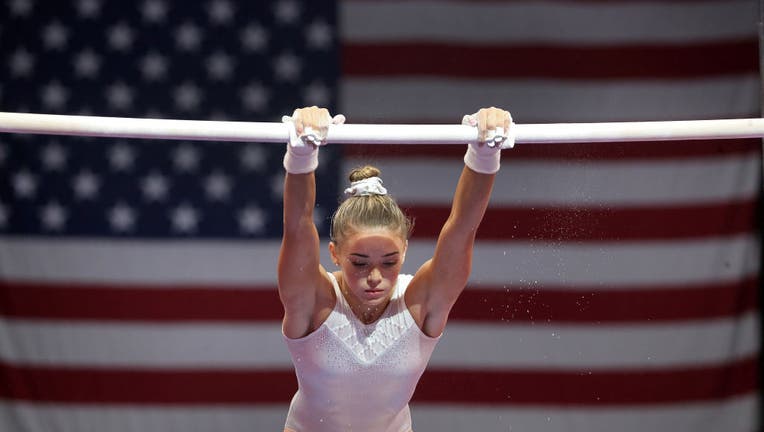 BOSTON, MA - AUGUST 15: Olivia Dunne practices on the uneven bars for the US Gymnastics Championships at TD Garden in Boston on Aug. 15, 2018. (Photo by Barry Chin/The Boston Globe via Getty Images)

LSU superstar gymnast Olivia Dunne appears to be moving on from the controversy surrounding the criticism over the way she attains name, image and likeness deals last week.

Dunne posted a video on TikTok with a simple message to end the drama once and for all.

"If you don’t like me, that’s fine. But, you know, watch your mouth," Dunne lip-synced in a video in which she is seen in her Tigers gymnastics attire.

She captioned the video: "Only taking steps forward."

The issue was blown up in a New York Times column last week. The column highlighted how Dunne and some other female collegiate athletes used sex to push their brand and gain deals. Dunne has millions of followers on TikTok and Instagram and posts about her moves on the uneven bars as well as other social posts in her day-to-day life. Legendary Stanford women’s basketball coach Tara VanDerveer also had critical remarks about Dunne.

Dunne, a junior going into the 2023 season, has one of the largest social media followings of any collegiate athlete, male or female, across any sport. She reportedly earns around $2 million with various sponsorships such as the activewear brand Vuori, American Eagle and Planet Fuel. Dunne is also signed to one of the biggest agencies in WME Sports.

LSU'S OLIVIA DUNNE CLAPS BACK AT CRITICS OVER NIL DEALS: 'IS THIS TOO MUCH?'

VanDerveer, a staunch supporter of women’s rights who was inducted into the Basketball Hall of Fame, said she saw the trend as a "step back" for female athletes.

"I guess sometimes we have this swinging pendulum, where we maybe take two steps forward, and then we take a step back," she told The New York Times in a recent interview. "We're fighting for all the opportunities to compete, to play, to have resources, to have facilities, to have coaches, and all the things that go with Olympic-caliber athletics.

Dunne told the paper she is proud of what she has been able to accomplish with the floodgates opening for NIL deals.

"Seven figures," she said. "That is something I'm proud of. Especially since I'm a woman in college sports. There are no professional leagues for most women's sports after college."