The group of researchers used a laser to detect droplets and map their path.

LOS ANGELES - The NFL has fined five head coaches and teams this week, totaling more than $1.7 million in fines, after they violated the league’s guidance on wearing face coverings during games.

NFL Commissioner Roger Goodell told USA Today on Tuesday that the fines are “consistent with the message” the league established before the start of the season.

“You can’t let up,” he said. “We’ve got to consistently do the things that have gotten us to this place and not think, ‘Okay, things have gone so well, so it’s okay now.’ It’s not. You’ve got to stay on your toes and we’ve got to continue to be disciplined.” 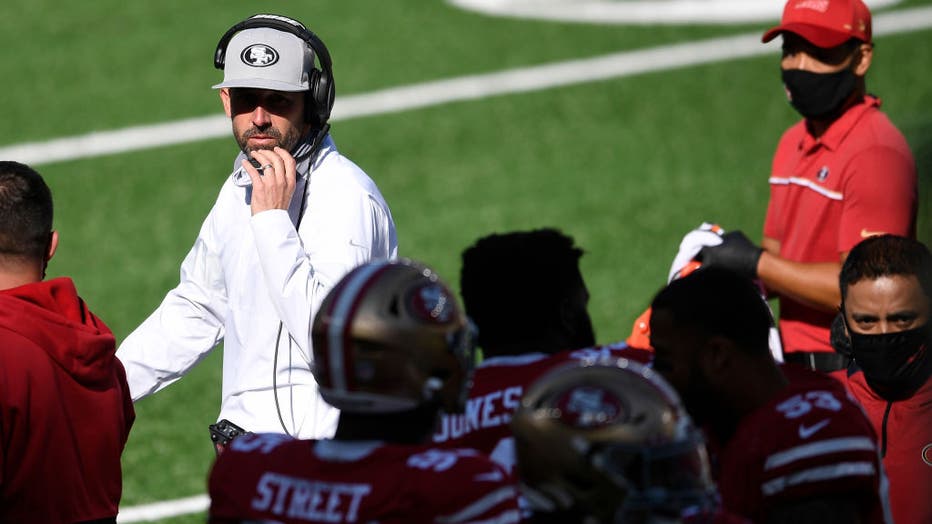 Head coach Kyle Shanahan of the San Francisco 49ers looks on during the second half against the New York Jets at MetLife Stadium on September 20, 2020 in East Rutherford, New Jersey. (Photo by Sarah Stier/Getty Images)

The punishment was meted out a week after the NFL reminded team personnel on the sidelines about the rules for wearing face coverings during the coronavirus pandemic.

“I’m doing my best,” Gruden said after Monday night’s game. “I’ve had the virus. I’m doing my best. I’m very sensitive about it. I’m calling the plays. I apologize. If I get fined, I will have to pay the fine.”

More coaches and clubs can expect similar punishments as the memo last week from Troy Vincent, who oversees the league’s football operations, was largely ignored throughout the weekend.

The Associated Press contributed to this report. Get updates on this story at Foxbusiness.com.